Mumbai Indians captain Rohit Sharma has had a disappointing start as a batsman to his IPL 2022 campaign – this has reflected in his side’s performances too as the 5-time champions slumped to three defeats in their first three matches.

Rohit registered scores of 41, 10, and 3. In the fourth game, against RCB, Rohit got off to an aggressive start scoring 26 runs off 14 balls, including a six while stepping down to Siraj. But the opener once again failed to capitalise on his start and threw away his wicket. 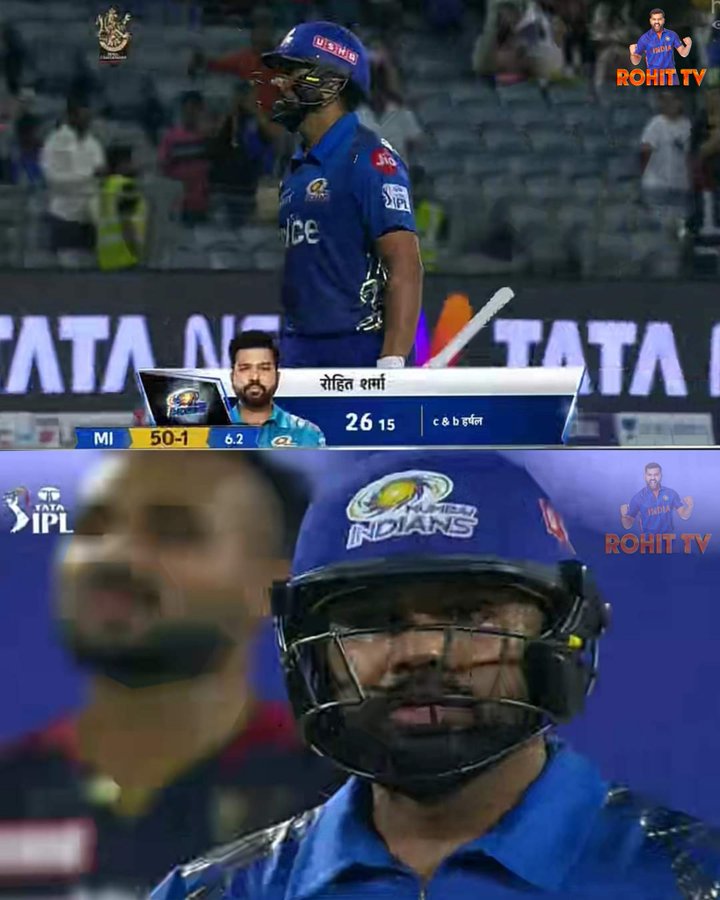 Since the 2017 IPL season, in 75 matches, Sharma averages 26 with a strike rate of 127 – highly mediocre by IPL standards, especially given he has played a lot of these games at the flatter, batting-friendly Wankhede surface. Since 2017, he has hit only 11 half-centuries, which is a little over just 2 fifties per season in the last 5 seasons – something one would expect much better from a franchise skipper and opener.

Now, if we look at last season, Sharma hit just a solitary fifty, but had a number of scores in the 30s and 40s. Before that, in their title-winning 2020 season, Sharma either was boom or a bust: 6 scores of single-digit but three fifties in which he batted through most of the innings, including one in the final.

So what has changed recently is that the match-winning knocks from the MI skipper have dried up. Why? Because since last year he hasn’t been able to consolidate on the starts he’s got.

This has been Rohit’s problem recently: not converting starts into big ones #MIvsRCB

Known for racking up runs aplenty in white-ball cricket – he has 26 T20O fifties and 4 T20I centuries; remains the only batter with three ODI double hundreds – Sharma’s sustainability for an entire innings has declined.

Evidently, the IPL 2022 is indeed not the first season where Sharma has been unable to carry on deep into the innings after getting off to a decent start; this has been going on for a while. But in the previous years, since the other batters around him had been amongst runs and MI had been a winning side, Rohit’s underwhelming rut had been masked.

Not anymore as MI doesn’t have the Pandya brothers or Quinton de Kock or an in-form Pollard. Suryakumar Yadav and Ishan Kishan are their only two current in-form batters while Tilak Varma is new to the scene.

In a nutshell, Rohit Sharma hasn’t been able to lead from the front with the bat in hand. And now, this season and beyond, his team needs their skipper to step up the paddle and show why he was once amongst the most destructive, intimidating batters going around.