Former Indiana cricketer Virender Sehwag shared a hilarious meme while lauding West Indies’ superstar player Andre Russell after he played an unbeaten knock of 70 off just 31 balls to help KKR chase down the 138-run target against Punjab Kings at Wankhede Stadium on Friday.

KKR had found themselves in some deep trouble, having lost 4 wickets already, which also included their captain Shreyas Iyer followed by Nitish Rana in the same over, when Russell joined hands with Sam Billings. Russell and Billings put together an unbroken fifth-wicket stand of 90 to register the second win under the name of Kolkata Knight Riders in the ongoing IPL 2022.

Russell walked in at number 6 for KKR with all-guns-blazing and started firing the bowlers to all the corners of the game. Russell smashed eight sixes and two boundaries en route to his unbeaten knock of 70 from 31 balls. 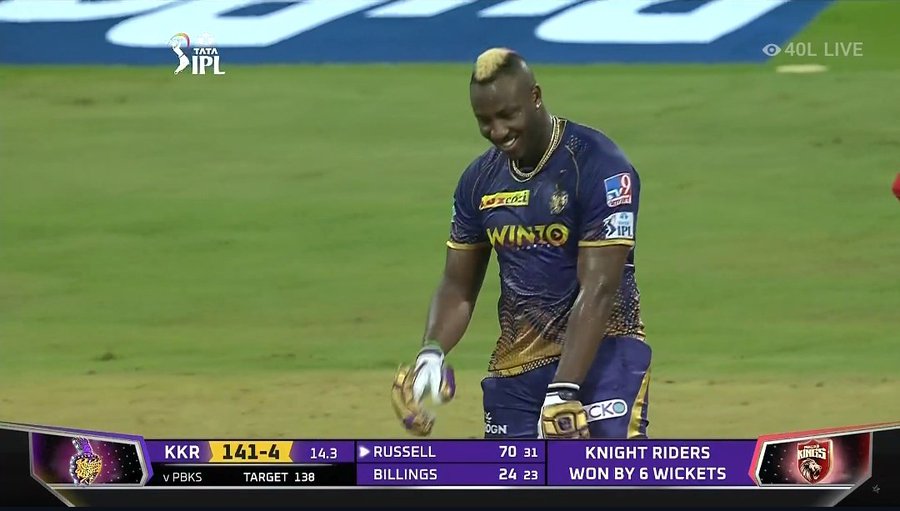 Meanwhile, former Indian cricketer Virender Sehwag, who is famous for his hilarious sense of humor, took to his official Twitter handle and shared a hilarious meme. In his Tweet, Sehwag highlighted the similarity between Wrestle Mania and Russell Mania by sharing a screengrab from an advertisement for a popular soap in India. The Tweet read:

Here, check out the hilarious meme:

With Kolkata Knight Riders putting up an amazing show, captain Shreyas Iyer heaped praises on Andre Russell and Umesh Yadav, who turned out to be the heroes of the game. Speaking in the post-match presentation, Shreyas Iyer said: