Former Indian captain MS Dhoni is hailed as one of the greatest cricketers to have ever played the game. He enjoys a huge fan following across the world. and just like millions, young and talented player Ishan Kishan is also a big admirer of MS Dhoni.

Dhoni is also considered to be one of the sharpest cricketing brains ever. Many have tried to decode his moves on-field, however, they have failed badly.

Recently, Ishan Kishan got candid on the show ‘Breakfast with Champions’, where he spoke about his personal and professional life. During the interview, Ishan Kishan also expressed his admiration for the legendary keeper-batter. He also shared an anecdote when he tried to read Dhoni’s brain but failed miserably. 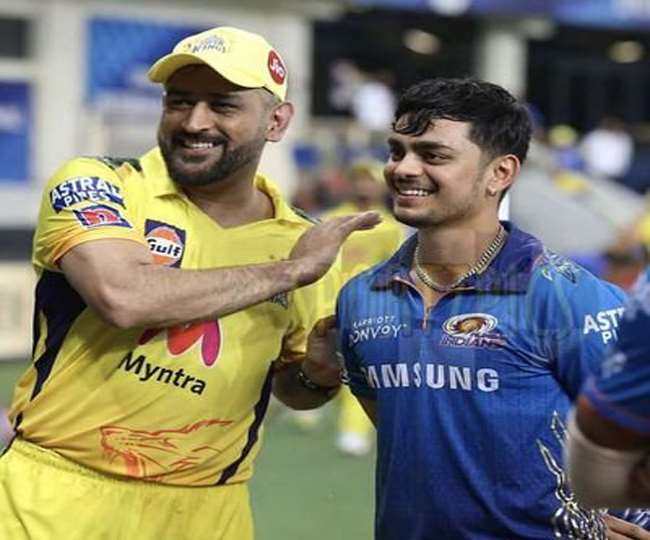 Ishan Kishan admitted that Dhoni stressed him out as he recalled the game against CSK, when MS Dhoni walked up to Imran Tahir and told something to him and in the next ball, Ishan was dismissed. He revealed:

“More than keeping I keep trying to figure out how his mind works. You won’t believe in one of the IPL games, it really stressed me out the most. I was playing well and hitting the bowlers. But then Dhoni bhai walked up to the bowler and said something.”

“I couldn’t hear what but he said something to Imran (Tahir) bhai. And in my mind, I’m wondering what Dhoni bhai has told him. I don’t know what happened but there was a half-volley ball, which I drove but got out caught at short-third man. To date, I haven’t figured out how a batter trying to drive a spinner gets caught at third man,”

Meanwhile, MS Dhoni and Ishan Kishan are currently playing in the ongoing IPL 2022 for their respective franchises – CSK and MI. Dhoni recently stepped down from the position of CSK captaincy and passed the baton to their star all-rounder Ravindra Jadeja.

IPL 2022: Liam Livingstone Gave A Hilarious Reply To “Have Your Learnt Punjabi?”