Recently, the star batter got candid on the show ‘Breakfast with Champions’, where he spoke about his personal and professional life and his journey with Mumbai Indians. He also spoke about the hilarious video that went viral on the internet featuring legendary Indian cricketer & MI team mentor, Sachin Tendulkar, and him. 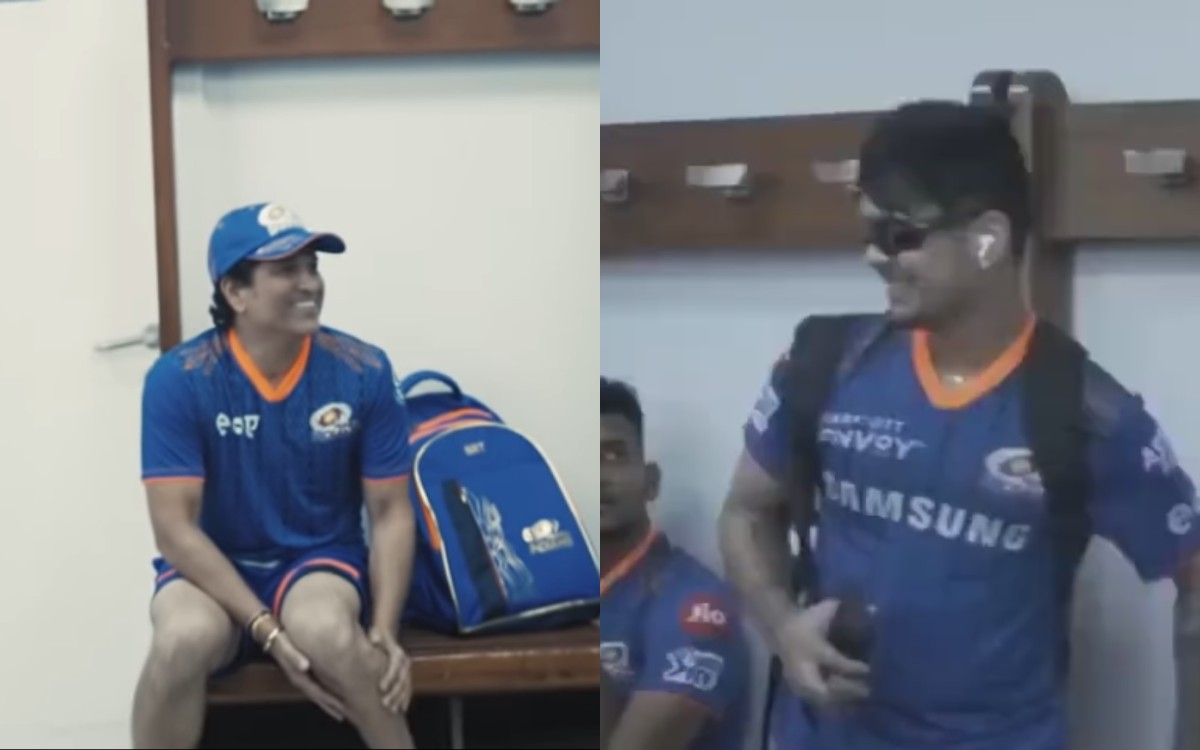 Well, the video was of a hilarious incident that took place in the MI dressing room during the IPL 2021. In the video, Ishan was seen walking into the dressing room with shades and AirPods on. When Ishan noticed that Sachin was already sitting in the dressing room, his epic reaction made the whole room turn into laughter.

Speaking to Gaurav Kapoor on his show, Ishan revealed what actually happened in that incident. He revealed:

“So that time, I, Mohsin(Khan), and Yudhvir(Singh) were in the team. We were all on the same team. We’d go everywhere together and because I had extra stuff, I’d ask them to help me carry it. I was on phone, listening to music, and when I looked up, they had disappeared,”

“So I was angry and had to carry everything myself to the dressing room. As soon as I entered, I spotted him and cursed him. Then I see Mohsin is gesturing. I was wondering why he’s doing that. I look the other way and Sachin Paaji was sitting there. I immediately removed my shades and was thinking, ‘how did I used such language in front of Sachin Paaji’. I quickly removed my AirPods and said ‘Good Afternoon’,”

Also Read: Ishan Kishan Revealed How Virat, Rohit And Dravid Made Him Happy