Gujarat Titans captain Hardik Pandya has impressed one and all with his blockbuster comeback to the form. Be it his bowling, batting, or fielding, he has been giving it all for his team–Gujarat Titans in the ongoing 2022 edition of the Indian Premier League.

Hardik Pandya, who was going through a rough patch in his career for a long time, has managed to shut down all his doubters and critics in the IPL 2022 so far. After having taken the responsibility of the captain, not just he resumed bowling full tight, even clocking the 140 kph marker, but he also played some crucial knocks for his side. 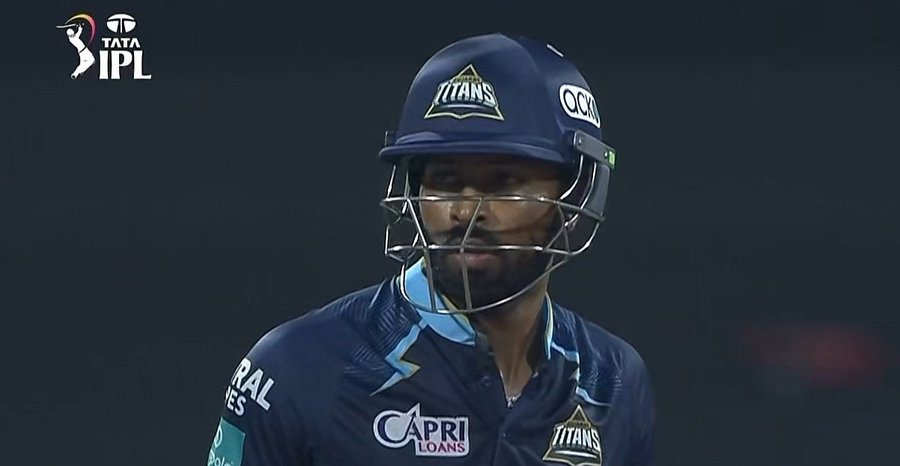 On Thursday, Gujarat Titans are taking upon Rajasthan Royals in the ongoing IPL 2022 clash at the DY Patil Stadium in Mumbai. Hardik Pandya once again gave a stellar performance with the bat. He notched up an unbeaten 87 off just 52 deliveries to help his team, who was struggling after having lost 4 wickets already.

Hardik Pandya played a captain’s knock once again and helped his team reach 192 for four in 20 overs against Rajasthan Royals. He smashed the bowlers to all the corners of the ground as he smashed 8 fours and 4 sixes during his sensational knock.

Meanwhile, social media has been buzzing with amazing reactions from fans. Several former cricketers and experts also took to Twitter to hail the brilliant performance of Hardik.

Check out the best Tweets here:

What a knock by captain Hardik Pandya. An unbeaten 87 in 52 balls. A captain's knock by Hardik, stayed till the end for Gujarat Titans. pic.twitter.com/NtyjD3sIHi

Top class, proper batsman's innings from Hardik Pandya. He has become the life of this team.

Back to back fifties by Hardik Pandya, a captain's knock by him. pic.twitter.com/uy0Z4Ne1BM

A well performing Hardik Pandya makes you so optimistic about the Indian team.

Hardik Pandya laughing at his haters and critics who ruled him out. He is back and how. ? #IPL2022 pic.twitter.com/7oPApgDfCF

All-round performance of Hardik Pandya in #IPL2022 is the best news for Indian cricket in this World Cup year.

Also Read: RR vs GT: Vijay Shankar Is Getting Mercilessly Trolled On Twitter