Here’s Why Suryakumar Yadav Has Been Ruled Out Of IPL 2022: Mumbai Indians, one of the most successful franchises in IPL history, are enduring their worst season. The Rohit Sharma-led team is currently sitting at the bottom of the IPL 2022 points table with only 2 wins out of the 10 games.

On Monday, before Mumbai Indians walked out to lock horns with Kolkata Knight Riders, they suffered a big blow in the ongoing season as star batter Suryakumar Yadav has been ruled out of the tournament due to an injury. 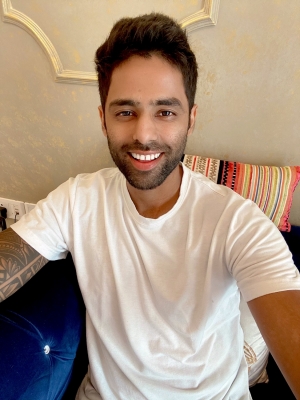 SKY, who didn’t come out to the field in the MI’s last game against Gujarat Titans (GT) had suffered a blow on his left forearm. As per the reports, the scans have shown a muscle strain and the Mumbai batter has been advised to rest, thus he has been ruled out of the rest of the four games for Mumbai Indians in the ongoing season.

Mumbai Indians in an official statement said, “Suryakumar Yadav has sustained a muscle strain on the left fore arm, and has been ruled out for the season. He has been advised rest, in consultation with the BCCI medical team.”

Suryakumar Yadav has sustained a muscle strain on his left fore arm, and has been ruled out for the season. He has been advised rest, in consultation with the BCCI medical team. pic.twitter.com/78TMwPemeJ

It has to be noted that Surya had arrived in the IPL 2022 after recovering from a hairline fracture he suffered during the T20I series against West Indies. He was eventually ruled out of the series against Sri Lanka and was rested in the first two games of IPL 2022.

Even though he was returning after a long break, he announced his arrival in style by smashing a stunning fifty. SKY had turned out to be the silver lining in the darkest clouds for the five-time champions in the ongoing season. In 8 matches, Surya amassed 303 runs at an average of 43.29 striking at 145. Therefore, it will be a huge blow for Mumbai as he was leading the side with the bat.

When Ravi Shastri Opened About Alleged Rifts With Sourav Ganguly