David Warner Gave A Hilarious Reply To Virat Kohli: It is no secret that Royal Challengers Bangalore batter Virat Kohli has been a pale shadow of his best during the ongoing IPL 2022 season. Kohli has managed 186 runs in 10 matches at a strike rate of 116.

It was only in his latest outing that he notched up his first fifty of the season, however, that came at a poor strike rate of 109. Before that he’d registered scores of 12, 0,0, 9, and while some fans might be happy that at least he got some runs and spent time in the middle, RCB would want Kohli to score his runs quicker than he did against Gujarat Titans.

Speaking on the YouTube channel Sports Yaari, Delhi Capitals opener David Warner was asked to give any advice to Virat Kohli for the RCB batter to end his rut of struggling form this season. 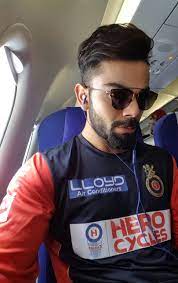 The host pointed out that Warner too had a poor IPL 2021 season for SRH but stormed back to his best during the T20 World Cup, bagging the Player of the Tournament award and helping Australia clinch the title.

Upon thinking for a moment, Warner came up with a hilarious response: “Have a couple of more kids and enjoy love!” That got both Axar Patel and Anrich Nortje sitting beside him into laughter. Warner has been enjoying his time with his three daughters and wife and has always counted them as their support system.

On a serious note, Warner said that he doesn’t want to comment on Kohli’s personal form. But asserted that all batters go through a slump in their careers as Kohli is going through right now. The Aussie opener remained confident that Kohli’s class is permanent and should he stick to the basics, he will rock back to his best.

Warner continued: “I honestly, I can’t answer that question. They don’t ask me about my form. Form is temporary and class is permanent. So, you don’t lose that. It happens to every single player in the world. It doesn’t matter how good a player you are, you’re always gonna have these ebbs and flows. Sometimes the ebb is a long way before you get back up there. Stick to the basics.”

IPL 2022: What Is The Cost Of Each Run Scored By Ishan Kishan?