Asked to bat first, though Delhi started on the worst possible note by losing the wicket of Mandeep Singh, without him disturbing the scores. However, opener David Warner turned out to be an absolute stunner against his former team. Warner smashed the bowlers of SRH bowlers to all the corners of the ground as he played a stunning knock of 92* off 58 to set the perfect stage for DC. Later, Rovman Powell added to the cause and finished the innings with 67* off 35. 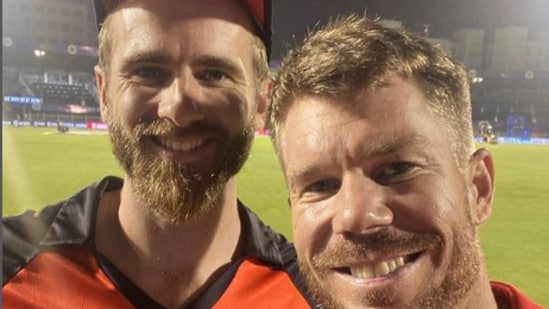 Later, chasing the target, SunRisers Hyderabad’s top-order collapsed badly, failing to pitch in crucial contribution. Though runs came from middle-order but those were not enough. Aiden Markram (42 off 25) and Nicholas Pooran (62 off 34) played like warriors but they fell short of 21 runs.

After the game, during the post-match conference, SRH skipper Kane Williamson lauded Warner for his brilliant batting performance. He hailed Warner’s knock as ‘outstanding’. He said: “I mean they had a fantastic total. As a batting unit we had a lot of belief. You know for us it is just going back to the drawing board. Outstanding knock from David Warner and later by Powell.”

Kane Williamson then praised pacer Umran Malik for his efforts. He said: “Fantastic learning opportunities for everyone. Umran has been a fantastic find. You learn from the best when you come up against them. “

He added: “Things can change quickly if we put things together. They have had rhythm batting in the middle order. Those two (Pooran and Markam) have been good. Just trying to play a role for the team. Staying patient. Every team is strong. Trying to contribute to the team’s cause.”