India and Rajasthan Royals’ sensational spinner Yuzvendra Chahal has become one of the most talked-about players from the ongoing 2022 edition of the Indian Premier League. He has been in some terrific form in the ongoing season and has taken 22 wickets so far in the tournament.

On Saturday, he scripted history as he became the second player to claim 20 or more wickets in four seasons of the Indian Premier League. Chahal claimed three wickets against Punjab Kings to cement his place at the top of the Purple Cap as he also crossed the 20-plus wickets mark for the fourth time in IPL history.

Yuzvendra Chahal dismissed Bhanuka Rajapaksa, Mayank Agarwal, and Jonny Bairstow as he once again starred with the ball for Rajasthan Royals. 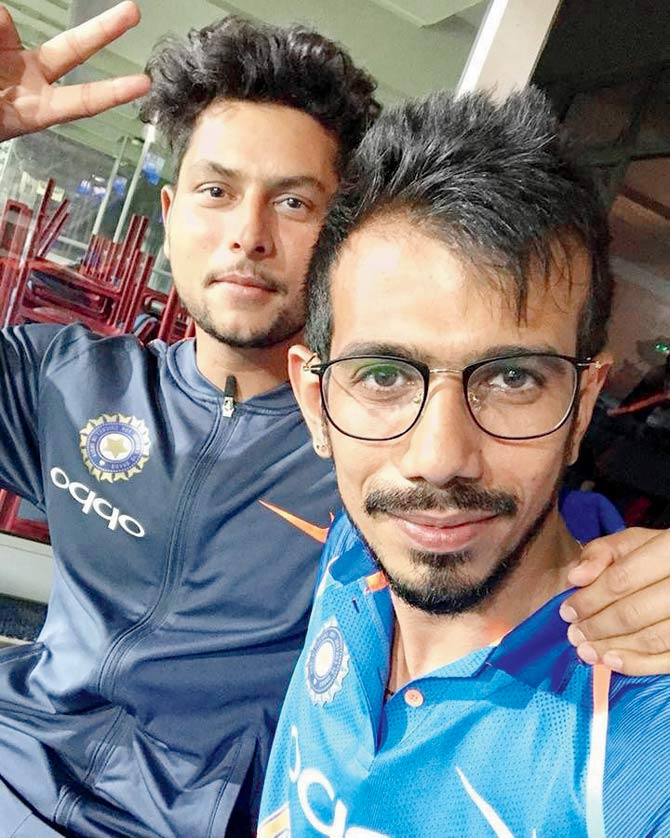 During the game, Bhanuka Rajapaksa became his first victim, to whom he dismissed with a sharp delivery that turned a bit and resulted in Rajapaksa’s wicket. His next victim became the Punjab Kings captain Mayank Agarwal who smashed the ball over long-on where Jos Buttler claimed an easy catch. Jonny Bairstow was trapped in front of the wicket. Picking this 3fer, Chahal has also completed taking 20 wickets this season.

Meanwhile, Chahal has been receiving praises from all corners for his terrific performance. From cricketers, and experts to fans, everyone took to Twitter to hail the brilliance of Chahal with the ball. Among many, Yuzvendra Chahal’s Indian teammate and great friend Kuldeep Yadav also took to his Twitter and hailed his brilliant performance.

For the unversed, Kuldeep Yadav and Yuzvendra Chahal share a great bond of friendship with each other and are fondly called “kulcha” or the ‘spin-twins of team India’.