When batting maestro Virat Kohli walked out to bat in the game last night against Punjab Kings, he looked in great touch. The runs were coming off his bat smoothly and in no time he was on 20 off 14 balls, smashing 2 fours and 1 six.

However, just when it looked like he might get back into his form, a wretched ball came cutting his innings short one more time. 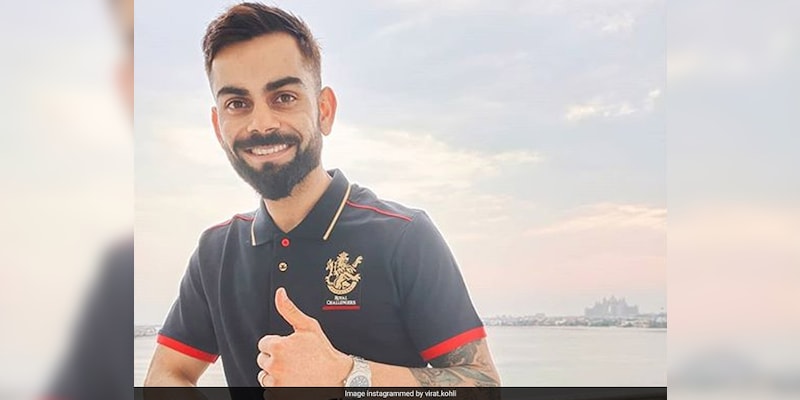 Kohli was backing away as Kagiso Rabada bowled a short-length delivery. The delivery cramped him for room but Kohli went on to play the one-legged pull, however, the ball brushed the glove and then went to Chahar after rubbing his thigh pad, at short fine. Chahar completed the catch and ended the innings for Virat Kohli. All hopes were shattered into pieces and everyone was left heartbroken.

While returning back to the pavilion, Virat was an angry, frustrated man. But his anger was directed toward his own luck. He looked up to the heavens and yelled “What else do you want me to do?” The video of the same has been going viral on the internet.

Meanwhile, fans on social media were left heartbroken with Kohli’s dismissal last night and came up with heartfelt posts for the batting maestro. Among many, IPL franchise Punjab Kings also came up with a fantastic Tweet for Virat Kohli.

In their Tweet, Punjab Kings expressed how they enjoyed Kohli’s knock and also wished for his return back to form. PBKS wrote:

“Virat Kohli, even we enjoyed while it lasted. ❤️
Hope luck turns on your side soon! 🤞”

Virat Kohli, even we enjoyed while it lasted. ❤️

Hope luck turns on your side soon! 🤞

Kohli has so far scored only 236 runs in 12 matches at an average of 19. RCB, meanwhile, registered their 6th defeat of the ongoing season at the hands of Punjab Kings at the Brabourne Stadium on Friday.

Also Read: Here’s How RCB Can Still Qualify For The IPL 2022 Plays-Offs