After being dropped after only two failures, Tim David finally got his chances for Mumbai Indians in the last few games and flourished in the IPL, showing the hype, the power, the brute force he brings with himself.

Upon returning to the MI eleven, David smacked 20* off 9 balls closing out a run chase vs Rajasthan Royals. This was followed by a match-winning knock of 44* off 21 balls vs Gujarat Titans. Following scores of 13 off 9, 16* off 7 and 46 from just 18 balls have further vindicated MI spending 8.25 crore on the Singaporean powerhouse. 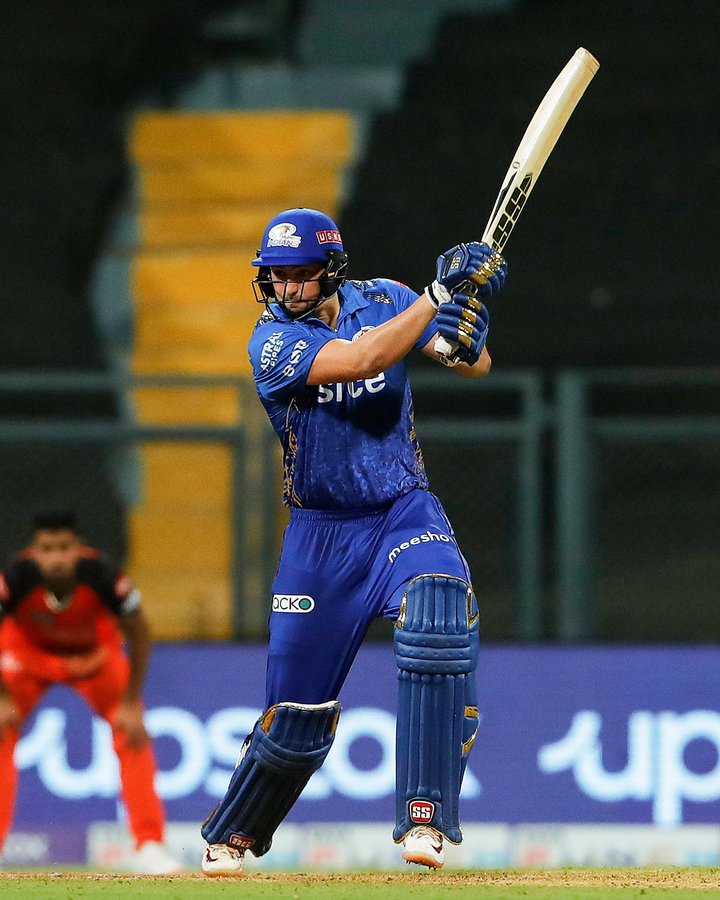 A video has gone viral on social media, shared by cricketnmore, as seen by timesnownews.com, wherein Tim David picks his best T20 eleven. A T20 wanderer, 26-year-old David has featured in 96 T20 matches and has played for about 10 teams already, playing with and against some of the best ever short format cricketers.

In his best T20 eleven, however, David included the likes of Virat Kohli and MS Dhoni, but snubbed who was his to-be MI skipper Rohit Sharma.

For the opening positions, David went with the fairly obvious choice of ‘Universal Boss’ Chris Gayle and to partner with him will be former Australia and CSK all-rounder Shane Watson. He then opted for an experienced and established middle-order RCB pair of Virat Kohli and AB de Villiers, followed by the greatest white-ball captain, MS Dhoni.

The right-hander went with three all-rounders – all West Indians and all legends of the shortest format: Kieron Pollard, Andre Russell, Dwayne Bravo

Two of the greatest T20 spinners, Rashid Khan and Sunil Narine made into Tim David’s best T20 eleven, while the last slot went to fast bowling Mitchell Starc. That’s quite a deep batting line-up given Starc and Narine are also clear strikers of the ball.