Former India player Yuvraj Singh has opened up about Rahul Dravid’s infamous declaration against Pakistan in the Multan Test match in 2004.

Well, March 29, 2004, this date remains an unforgettable day for Indian fans. On this day, Sehwag became the first Indian to score a triple century in the longest format of the game, however, what stole the attention away from Sehwag’s blistering knock was Rahul Dravid’s decision to declare the team innings when Sachin Tendulkar was batting on 194 runs.

Batting maestro Sachin Tendulkar would have scored a double century that day, however, Rahul Dravid had declared the innings, restricting him at 194 runs.

Former Indian cricketer, Yuvraj Singh was at the centre of this episode, literally, as he was batting with Sachin Tendulkar at that time. Recalling that infamous incident in an exclusive interaction on Home of Heroes, Sports18’s newest offering, Yuvi said:

“We got a message in between that we had to play fast, and we were going to declare,”

Yuvraj Singh had smashed his maiden Test fifty and soon after reaching the milestone, he was dismissed and skipper Rahul Dravid had declared with Tendulkar stranded on 194. Recalling the disappointing look on Tendulkar’s face after the declaration, Yuvi said:

“He could have got those six runs in another over and we bowled 8-10 overs after that. I do not think another two overs would have made a difference to the Test match,” 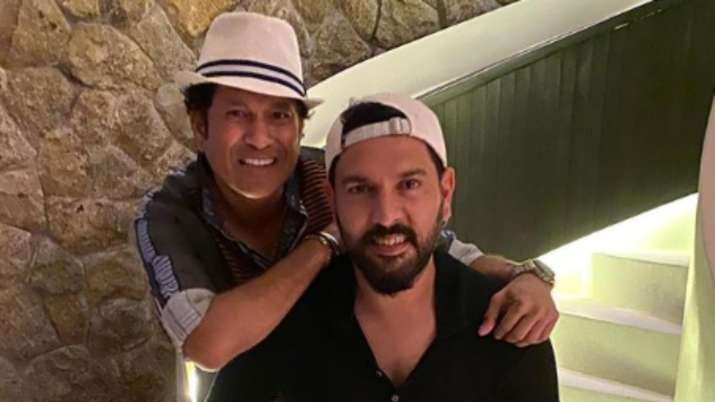 Yuvraj Singh smashed a century in the next Test match at Lahore and scored over 200 runs at an impressive average of 57.50 in the three-match Test series, however, he never made his mark in the longest format of the game. Yuvraj feels that he didn’t get the long rope in the Test format. He said:

“If you compare that era to today’s era, you can see players getting 10-15 matches,” He added: “You look at that era, you could open like the way Viru started it. After that Dravid, Sachin, Ganguly, and Laxman. I got a hundred in Lahore and in the next Test I was told to open.”

Further, Yuvraj Singh also admitted that on many occasions he wasn’t able to covert his 60s to a hundred, which eventually restricted his Test career to just 40 games. He said:

“Eventually, when I got opportunities to play Test cricket after Dada’s retirement, I got diagnosed with cancer,” He added: “It has just been bad luck. I tried 24×7. I wanted to play 100 Test matches, face those fast bowlers, and bat for two days. I gave it everything, but it was not meant to be,”

5 Batsmen Who Were Dismissed For A Duck On T20I Debut