Hardik Pandya Wrote A Hilarious Birthday Wish For David Miller: South Africa’s David Miller continued his brilliant run in the ongoing India vs South Africa T20I series. He picked from where he left in the 2022 edition of the Indian Premier League as he scored an unbeaten half-century as Proteas chased down a huge target to hand over a 7-wicket defeat to the Indian cricket team and go 1-0 up in the series.

David Miller had joined Rassie van der Dussen when South Africa was 3 down for 81 and formed an amazing partnership with him. The duo added a match-winning 131 runs for the 4th wicket and together they took their team to victory.

David played a stunning knock as he remained unbeaten on 64 off 31. During his knock, he smashed 5 sixes and 4 boundaries. On the other hand, Van der Dussen, who struggled to get going initially, turned out to be the top scorer for the Proteas as he finished at 75* off just 46 delivers.

There couldn’t have been a better birthday gift for David, who is celebrating his 33rd birthday today (June 10), than his side winning the game.

Meanwhile, social media has been buzzing with tributes and birthday wishes for the stylish batter. Among many, his Gujarat Titans captain Hardik Pandya also took to his social media and posted a hilarious birthday wish for him.

Hardik Pandya took to his Instagram story and jokingly reminded Miller that IPL is over, indirectly asking him to stop scoring runs. He wrote:

“Happy Birthday my Millie. But IPL is over” 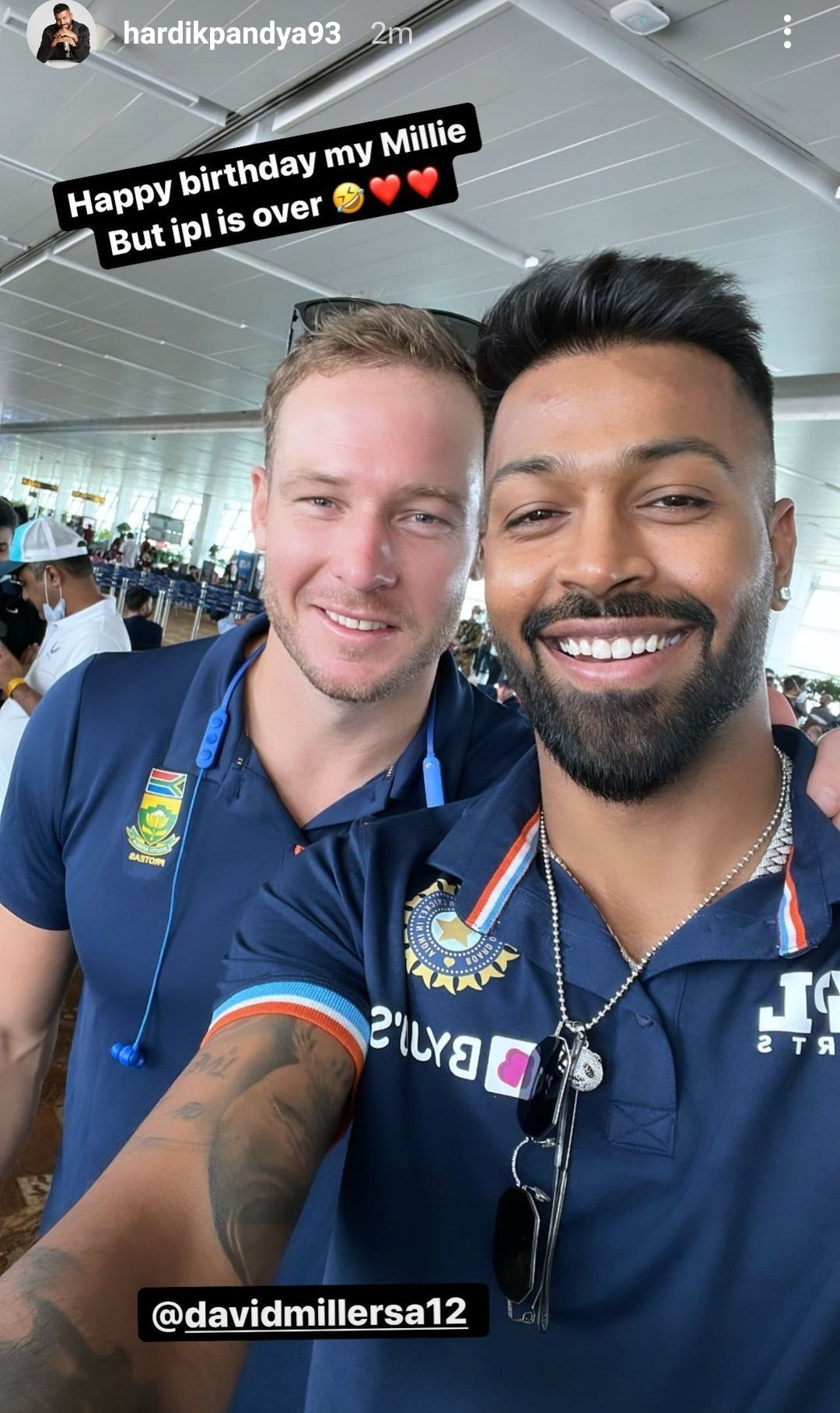 For the unversed, in the recently concluded 2022 edition of the Indian Premier League, Miller amassed 481 runs in 16 matches for Gujarat Titans, and he was a vital member of the IPL-winning squad.

Talking about Hardik Pandya, the IPL 2022 winning captain, made a stellar comeback in the Indian cricket team. He played a quick-fire role and helped team India register a humongous score against the Proteas.

Pandya formed an amazing partnership with stand-in captain Rishabh Pant and the duo launched barrages of attacks on the visitors. He remained unbeaten on 31 runs and returned to the pavilion at the innings break with an amazing strike rate of 258.