Batting maestro Virat Kohli and Indian captain Rohit Sharma are two of the biggest superstars in the cricketing world. Though, time and again, both the cricketers have squashed down all the rumors of a rift between them, however, there has always been a dispute over who is the better batter between their fans.

Fans of Virat and Rohit are often seen fighting it out on social media over their idols and they spare no one in their battle. Recently, Sanjana Ganesan, popular TV presenter, and wife of Jasprit Bumrah became a victim of the dispute between Kohli and Rohit fans.

Well, what happened was Sanjana recently liked a social media post that said that Virat Kohli is better than Rohit Sharma. The post was shared by a comedian on Instagram by the username @iimcomic. Ganesan came across the post and it seems that she agreed with that point.

The screenshot of the post liked by Sanjana Ganesan has been making rounds on the internet and has become a topic of discussion. The screenshot has triggered the fans of Rohit Sharma, who are now trolling the TV presenter left, right, and center on social media. While Kohli fans are busy lauding her for the same.

Check out the viral screenshot: 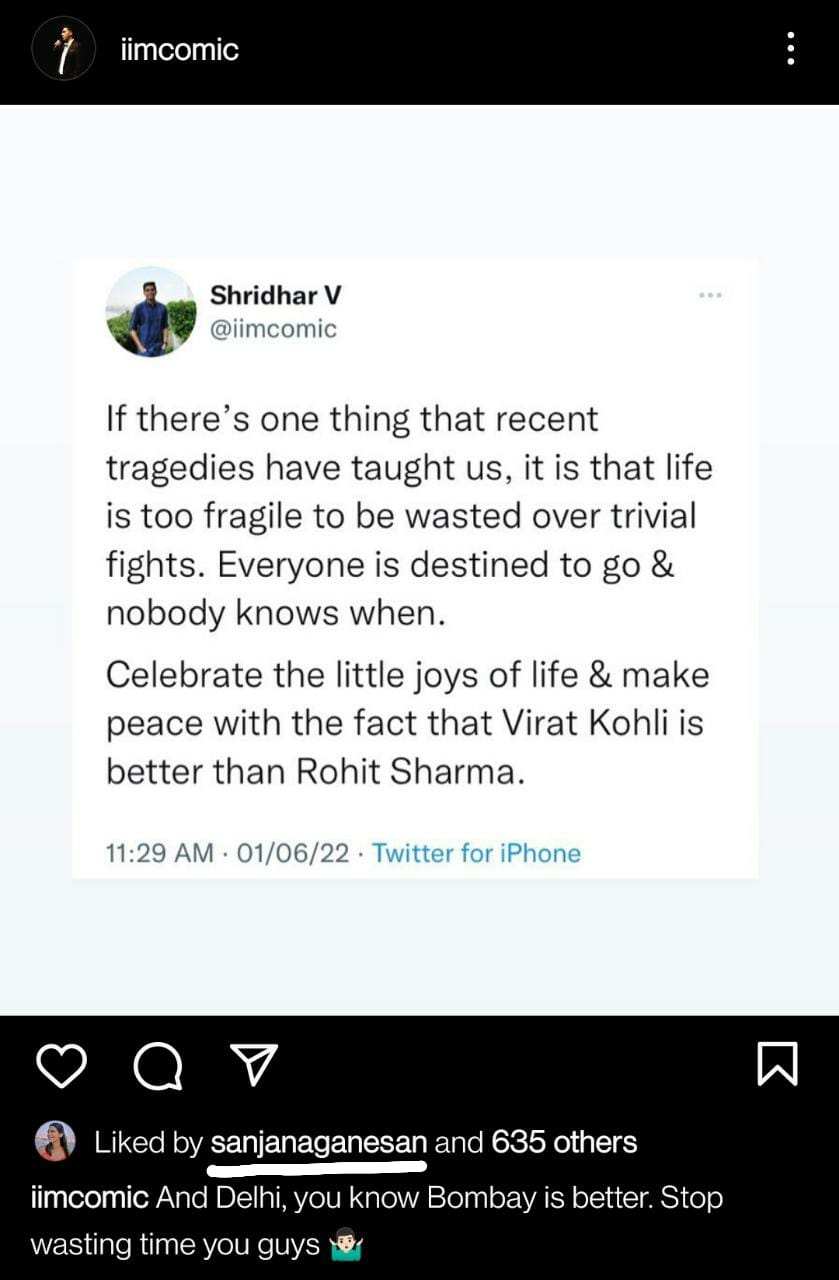 Talking about the cricketers, both Virat Kohli and Rohit Sharma are going through a rough patch in their careers. Both the players failed to give the best of their abilities in the just-concluded 2022 edition of the Indian Premier League.

Both Virat and Rohit have been rested for the upcoming 5-match T20I series against South Africa. They will be next seen in action when the Indian side will lock horns with England in the 5th Test match.

Gautam Gambhir Gives A Fitting Reply To His Critics

Yuzvendra Chahal Is Getting Madly After His New Haircut