In his first-ever series as India’s captain, Rishabh Pant has astonishingly lost all five tosses against South Africa, for which the 24-year-old was hilariously trolled

While it was Temba Bavuma, the South African skipper, who won the coin toss in the first four T20Is, due to injury he had been ruled out and his replacement, Keshav Maharaj, won the toss on Sunday evening in Bangalore in the fifth and series-deciding T20I.

Maharaj elected to bowl first. This has come as a major blow to the hosts as chasing has been easier at the Chinnaswamy Stadium on its flat track, and more importantly, with rain around – the game has had a delayed start already – knowing the original, or even the adjusted target will help the visitors whereas the Indian batters will be left in a bit of a pickle while trying to assess what would be an above-par total they should put up. 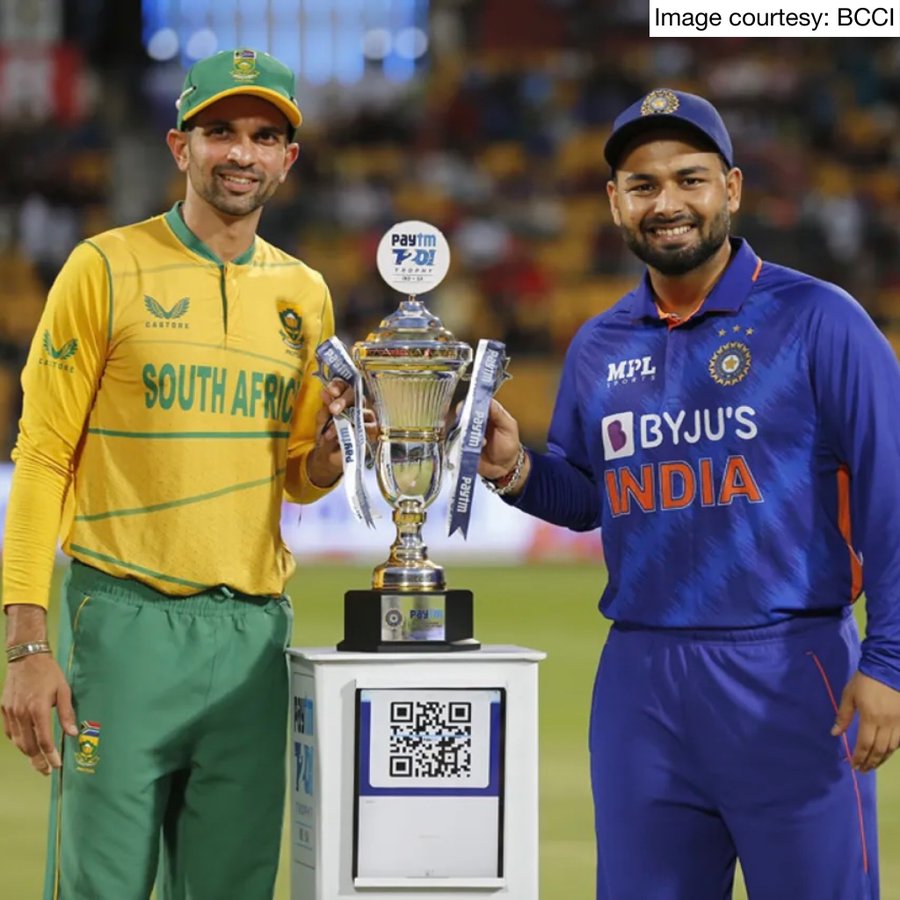 Pant was promoted from vice-captain to captain on the eve of the first T20I after KL Rahul, who was supposed to lead in place of the rested Rohit Sharma, was ruled out of the series due to a groin injury.

He lost the toss in all the five T20Is of the series – in Delhi, Cuttack, Vizag, Rajkot and now in Bangalore – becoming only the second captain to lose all tosses in a five or more match series in T20Is, as Nepal’s Sandeep Lamicchane, according to renowned statistician Kausthub Gudipati.

Twitter didn’t spare Rishabh Pant as they mocked and trolled his luck while also comparing it with the toss luck of former skipper Virat Kohli.

Here are some of the best reactions to Pant’s toss-losing streak:

Virat Kohli to Rishab Pant after losing all 5 toss.

Luck to Rishabh Pant after he loses 5 back to back toss in #INDvSA series….. pic.twitter.com/zmlr4TrhOo

Rishabh Pant after losing toss in all matches in India VS South Africa series be like : pic.twitter.com/yzNvFhdHx6

Kohli :- I Barely Won The Toss

someone ask me how can you Relate Sanju Samson and Rishab Pant? They are Relatable in toss Results 👻👻👻#INDvSA pic.twitter.com/qWTWwtAMsa

Five losses out of five for Rishabh Pant at the toss 😅

Everyone reaction after lossing back to back 5 toss #RishabhPant#INDvSA pic.twitter.com/hJq13x5keu

Pant loses all 5 tosses
Virat kohli be like: pic.twitter.com/HyyRzfqtK5

After losing the toss again, Pant even joked that he had been practising tosses! He announced an unchanged eleven, while Maharaj announced three changes in the Proteas’ eleven.

Here are the teams: