Mumbai Indians star all-rounder Kieron Pollard, on Thursday, took a hilarious dig at commentator and former India batter Aakash Chopra, asking the latter if his “fan base and followers” have increased. However, Pollard deleted the tweet not long after it had gone out.

Though, the reason behind Pollard’s Tweet wasn’t clear but it seems that it might have something to do with Chopra’s comments about the Mumbai Indians all-rounder’s below-par show in the recently-concluded 2022 edition of the Indian Premier League. Pollard’s deleted Tweet read:

“Hope the fan base and followers increased @cricketaakash… keep it flowing .. #t20.!!” 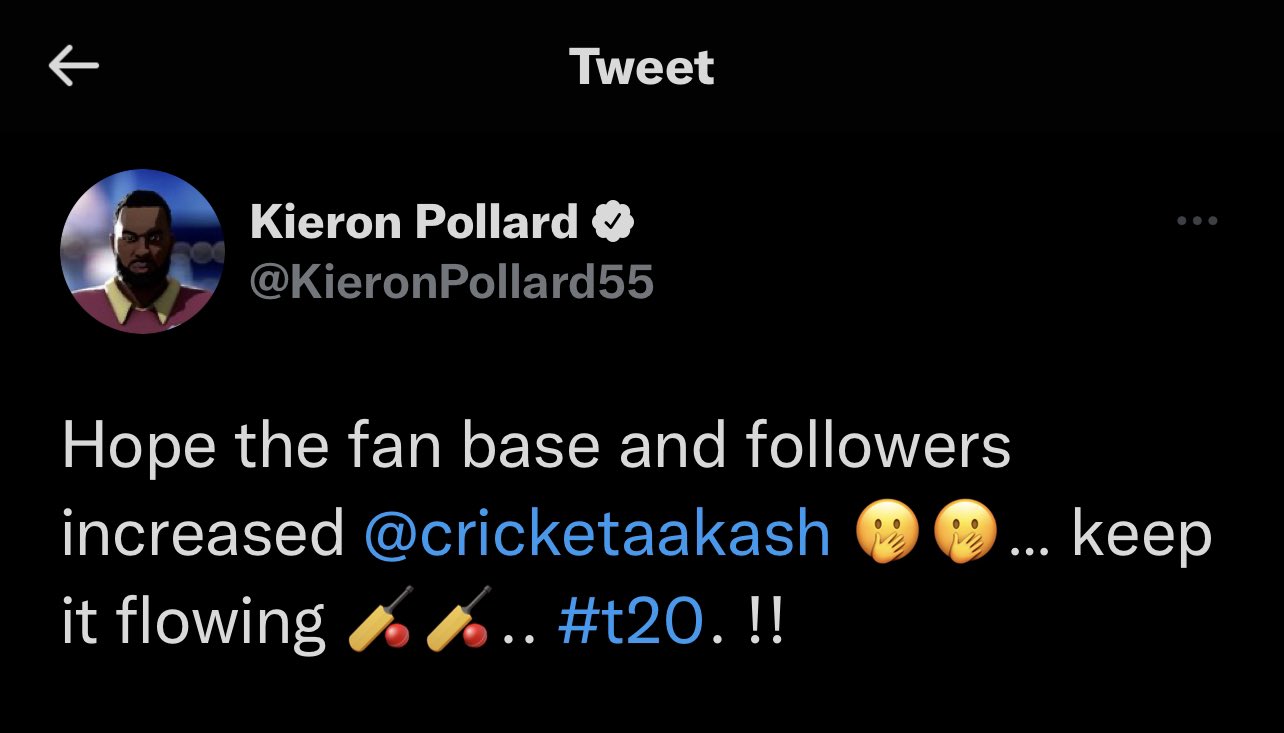 Well, Kieron Pollard, who has become an integral part of the Mumbai Indians set-up, wasn’t able to perform as per expectations and was later dropped from the playing XI as well. Aakash Chopra openly criticized the t20 legend for his poor show in the cash-rich league.

Pollard was one of the four players who were retained by the Mumbai-based franchise but failed to give the best of his abilities. He featured in 11 matches, however, was only able to score 144 runs at an average of 14.40 and a strike rate of 107.46.

Aakash Chopra had slammed Kieron Pollard by saying this may well have been his last season with Mumbai Indians. Sharing his opinion on the same on his YouTube channel, Chopra had said:

“I think we have seen the last of Kieron Pollard. Rs 6 crore will be released if they don’t retain him. I think they can let Murugan Ashwin (Rs 1.6 crore) go as well. I am not sure about Jaydev Unadkat (Rs 1.3 crore) but they can definitely say bye bye to Tymal Mills (Rs 1.5 crore),”

Chopra also asked how many chances Kieron had to keep getting on an earlier occasion. He had said: “Kieron Pollard should go and Dewald Brevis should come in. How many chances would you give Pollard? He has just not been scoring runs. His bowling could be useful on this surface, but you wouldn’t pick him in the team for his bowling. So, I think the time has come to say tata bye-bye to Pollard,”