The second edition of the Legends League Cricket T20 is reported to be played in September this year. The tournament’s first edition, which was played in January in Oman, was a massive success and garnered a lot of eyeballs from fans.

Three teams – India Maharajas, Asia Lions and World Giants – competed in a tri-series format with each team playing four matches in the group stage and the top two battling it out in the final; World Giants, led by Daren Sammy won the first season of LLC.

Now, it will have more attention since the tournament will be held in India. It is reported that this time four teams could be seen competing and over 50 cricketers – including Virender Sehwag, Dale Steyn, Eoin Morgan and Sourav Ganguly – have already confirmed their participation.

Among these, there are a few former Mumbai Indians players as well. Mumbai Indians is the most successful franchise in IPL history having won 5 titles so far. Hence, their players could get more limelight than some others.

Here are 5 former Mumbai Indians players who will feature in the Legends League: An Indian and an IPL legend, off-spinner Harbhajan Singh retired from international cricket last year but didn’t appeal in the LLC season 1, but will now make his impression in the second season.

A Test legend with more than 400 scalps, Harbhajan is a four-time IPL champion – thrice with MI and once with CSK – along with being a T20 World Cup winner and ODI World Cup winner.

Former India all-rounder Stuart Binny made his IPL debut way back in 2010 for the Mumbai Indians – a fact many fans are unaware of – before moving to Rajasthan Royals. He featured in only 1 match in 2010 for MI wherein he scored 8 runs and bowled a single over before going on to become an accomplished player for RR and for India. Binny played 6 Tests, 14 ODIs and 3 T20Is for India along with 95 IPL matches.

He starred for India Maharajas in the first edition of the LLC – scoring 38 runs in 3 innings at a strike rate of over 150 and picking up 5 wickets in 4 innings.

Former Sri Lanka pacer Dilhara Fernando was part of the MI squad for four seasons between 2008 and 2011 and picked 17 wickets in 10 matches for the franchise including playing in the 2010 IPL final vs CSK.

In the first season of the LLC, Fernando, bowling for Asia Lions, managed a solitary wicket in 2 matches and was expensive, leaking over 13 runs an over. 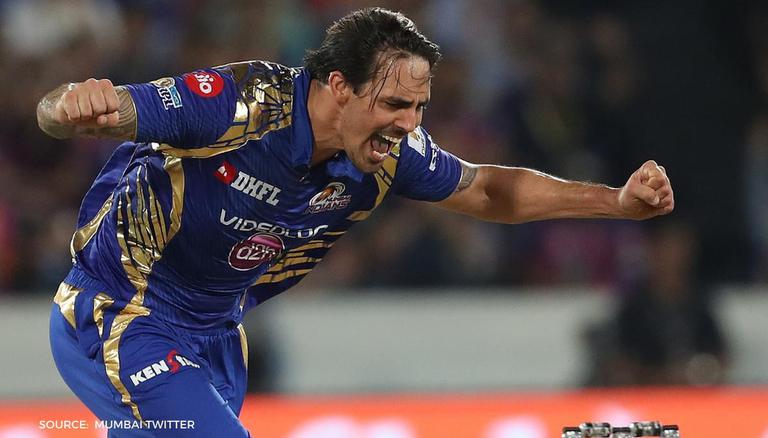 The fiery fast bowler from Australia, Mitchell Johnson delivered the 2017 IPL winning final over for MI vs Pune and is a two-time IPL champion with MI, in 2013 and 2017.

This will be the first season of LLC for Mitchell Johnson and with his vast experience, the left-arm speedster will be expected to turn on the heat for the World Giants.

Former India keeper-batsman Parthiv Patel will make his LLC debut in the upcoming season. The left-hander is a three-time IPL winner – with CSK in 2010 and with MI in 2015 and 2017. Patel is likely to be seen opening for India Maharajas in the LLC season 2.

“India Might Drop Virat Kohli For The Asia Cup”