One of Team India’s worries of recent months is now alleviating with India skipper and opener Rohit Sharma finding back his form and scoring runs – and doing in some style.

Sharma registered his T20I career’s 27th half-century on Friday, scoring 64 runs off 44 balls against West Indies in an innings wherein he stroked 7 fours and 2 sixes. This helped India go past 100 runs in the 12th over.

During this brilliant knock, Sharma also became the leading run-scorer in the world in T20Is – with 3443 runs, going past New Zealand opener Marin Guptill’s tally of 3399 runs.

This innings comes a major boost for Sharma, who had had a disappointing IPL 2022 campaign earlier this year. The Mumbai Indians captain had scored only 268 runs at an average of 19 and a strike rate of 120 without hitting a single half-century in the entire season.

Rohit had smashed a entertaining half-century in the first ODI vs England as well – 76* off 58 balls – but that had come when the game had already been decided by Jasprit Bumrah‘s bowling and against what perhaps was a third-string English bowling attack. 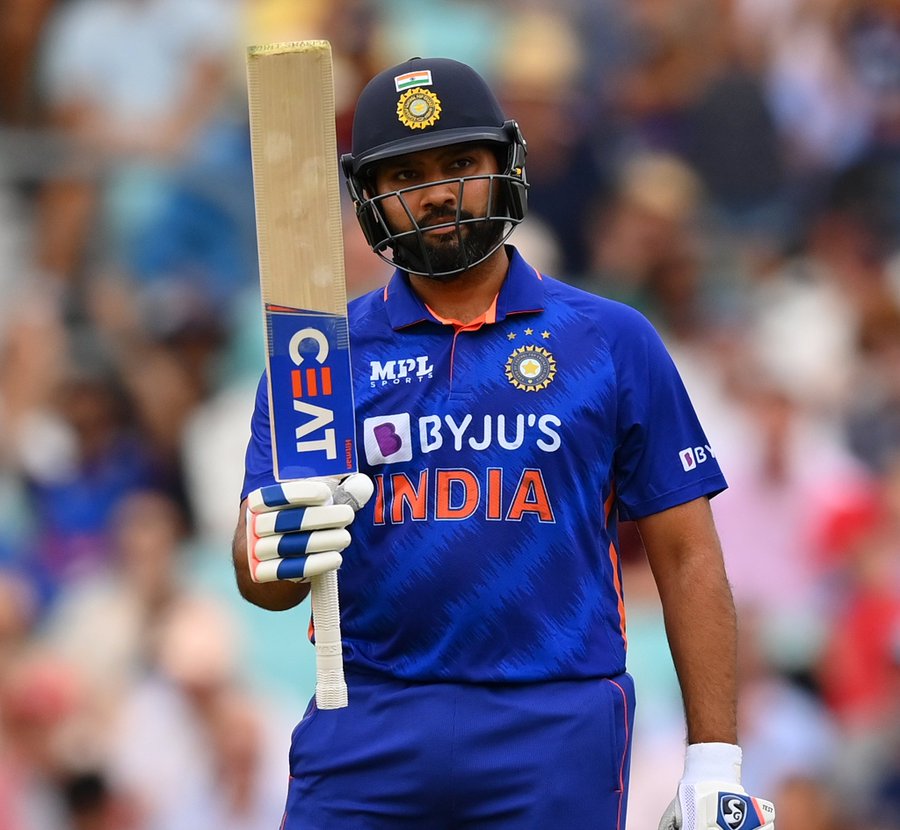 Today, however, was a pleasing a half-century as not only his runs came on a tricky surface to bat on with the pitch holding a ball a little, but it also came when others around him fell quickly.

He smoked Jason Holder for a six on the pacer’s first ball in the game, the first ball of the second over, but had to stay put when India lost Surykumar and Shreyas Iyer in the powerplay, which Sharma finished at 16 runs off 15 balls.

After that, though, he was totally on the attack, walloping Alzarri Joseph for a maximum before taking a flurry of boundaries to Odean Smith, Keemo Paul and Joseph. Holder returned and finally dismissed Sharma for a well-made 64.

You can watch Rohit’s innings here:

A respectable innings from the skipper! @ImRo45

Before this series, Rohit had confidently banished any thoughts among fans that his team was playing conservatively. “I don’t agree that we were playing conservative cricket,” Rohit had said. And today, the skipper walked the talk, finishing with a strike rate of 145 and showing intent throughout despite losing partners at one end.

Fans were excited to see Rohit Sharma timing the ball well and happy to see the Indian skipper reaching the milestone.

Here are some of the best reactions:

Congratulations to #TeamIndia captain @ImRo45 as he becomes the leading run-getter in T20Is (in Men's cricket). 👏 👏

India have done well here with the bat. Valuable knocks by Rohit & DK. This pitch isn't a road, and the avg scoring rate at this venue is 7.40 (on the basis of CPL games, last of which was held in 2020).

Most Sixes against Opponents in T20Is (Full Member's teams)

Rohit Sharma departs for a brilliant 64 in 44 balls. He was looking in good touch tonight, a fine knock by The Hitman. pic.twitter.com/ROPJHKfzVl

Fifty by the captain Rohit Sharma in 35 balls. What an innings by Rohit, he's looking great at the crease. The Hitman has arrived with a bang. pic.twitter.com/LLtKW1LJix

That Rohit Sharma way of not hyping own runs ❤️ pic.twitter.com/sxoFqaZ5oo

Got To See A Player Playing So Well After A Long Time. Wickets Are Falling On One Side, On The Other Hand, Rohit's Support Remains. Well Played Captain. Rohit's Innings Are Always Pleasing To The Eyes. Pure Gem. 💎

Captain Rohit Sharma such a rare talent, we are blessed that we have Hitman. Such a class player Hitman. Well played in 1st T20I @ImRo45 👑#RohitSharma𓃵 #RohitSharma pic.twitter.com/NUJHMg5z1v

Captain Rohit Sharma such a rare talent, we are blessed that we have Hitman. Such a class player Hitman. Well played in 1st T20I @ImRo45 👑#RohitSharma𓃵 #RohitSharma pic.twitter.com/NUJHMg5z1v

Also Read: Shreyas Iyer Is Getting Mercilessly Trolled After Yet Another Failure

Shreyas Iyer Is Getting Mercilessly Trolled After Yet Another Failure