Rohit Sharma Made A Huge Record With His Knock Against WI In 1st T20I: The Indian cricket team produced yet another stellar performance as they defeated West Indies by 68 runs in the first T20I match at the Brian Lara Cricket Stadium. With this win, the Indian side took a lead of 1-0 in the five-match series. It was yet another dominating performance by Team India under the leadership of Rohit Sharma as he returned to winning ways in the shortest format.

After being asked to bat first, the Indian side was given a brilliant start by captain Rohit Sharma, who put up a stellar show with the bat. The Indian captain reached the milestone with a stunning six-off debutant, Alzarri Joseph, in the opening T20I of the five-match series against West Indies.

Rohit Sharma played a stunning knock of 64 runs off 44 balls, smashing 7 fours and 2 sixes. This was his 31st 50+ score in T20I cricket. With this knock, Rohit Sharma has surpassed Virat Kohli and has set a new world record for most 50+ scores in the shortest format of the game at the international level. 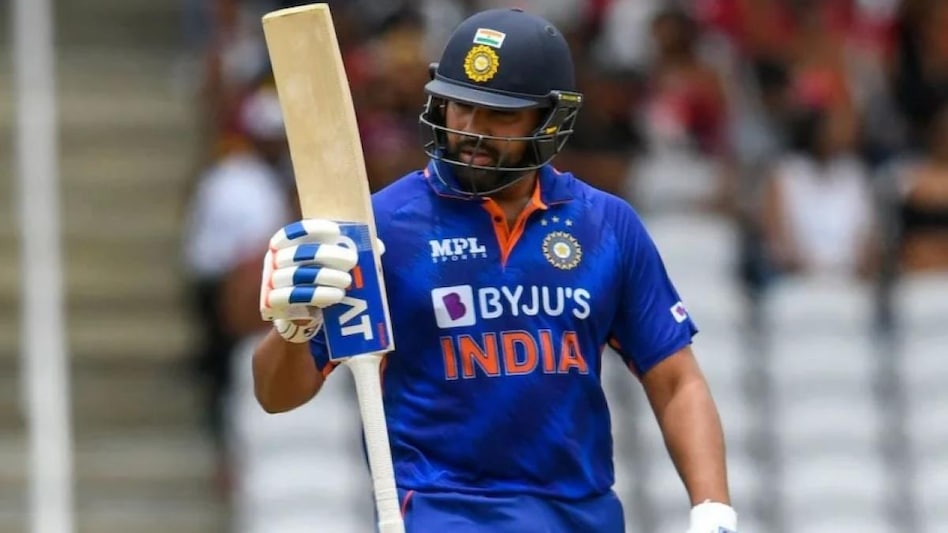 Coming into the 1st T20I match, both Rohit and Virat had 30 fifty-plus scores to their name. Rohit’s tally now includes four centuries, while Virat is yet to reach the three-figure mark in the t20I format.

Rohit is now the leading run-getter in T20I

Apart from this, Sharma has also dethroned the New Zealand opener Martin Guptill and now sits at the top spot in the list of batsmen with the most T20I runs.

Yes, Rohit Sharma is now the leading run-scorer in the shortest format of the game, with 3420* runs. Guptill acquires the 2nd spot in the list with 3399 runs.

Virat Kohli, who once held the top spot, is now sitting at the third spot with 3308 runs. He has been rested for the ongoing tour and will make his return in the Asia Cup 2022, scheduled to kick off in the last week of August.