4 Cricketers Who Were Best Friends Once But Now Are Not Close Anymore: When people play in a team sport they are bound to get close with each other, especially high-profile cricketers who spend a lot of time together on tours and during matches.

With that, also when times get tough, when the bigger stature players such as a marquee batsman or the captain have to make difficult decisions, it can also put their friendships with others in strife.

And that has been the case with Indian cricketers who are hailed the superstars of the game; egos clashing, the wish to be the star man, or just plain decision which the skipper feel is best for the team could loosen the friendship rope.

Here are a few cases of Indian cricketers who were great friends once, but then their friendship soured:

While Sachin Tendulkar was thanking the people who played a great role in his career during his farewell speech after his last Test in 2013, Vinod Kambli was left sad and disappointed because Tendulkar didn’t even mention his name and their epic 664-run partnership during their childhood days that had put both of them on the map. Their marathon partnership in a Harries Shield game made them household names and from where both of their careers kicked off and both went to play for India together. While Tendulkar had an illustrious 24-year career, Kambli’s was halted only a few years after it began because of various reasons apart from just a dip in form.

In 2013, Kambli even then revealed that he and Tendulkar hadn’t talked in person for about 7 years. In the world of full-blown social media, the duo have reunited in recent years, but their close brotherly love as children isn’t the same anymore.

Winning games for India together, walking on the ramp together, having fun together – MS Dhoni and Yuvraj Singh had become friendship role models for youngsters. But, a lot changed after Yuvraj was shown the exit door from the Indian team in 2014. Yuvraj’s father, Yograj, has often claimed that Dhoni “betrayed” his son. A few years ago, even Yuvraj stated that he had gotten more support and backing from former skipper Sourav Ganguly than he did under Dhoni’s captaincy.

The saga of love triangle between Dinesh Karthik, Murali Vijay and Nikita Vanjara is well-known and regularly brought up on social media by a section of fans. Karthik and Nikita were married before she met Karthik’s Tamil Nadu teammate Murali Vijay.

The duo got closer together in time and she took divorce from the wicket-keeper and married the opener soon after her divorce with DK in 2012. All the parties are happy now: Vijay and Nikita have three kids while Karthik is married to squads player Dipika Pallikkal and they have two children.

After all this, Karthik and Vijay even played together for the Indian team in the 2013 Champions Trophy and then on the 2018 tours of England and Australia, and although they never showed any signs of animosity on the field, the pair are not friends anymore as they were during their early Tamil Nadu days.

In recent years, Gautam Gambhir as a commentator and news analyst has frequently criticised Virat Kohli for one reason or another -whether his captaincy or his T20 batting. It is far from when Gambhir handed over his Man of the Match award in a 2009 match vs Sri Lanka to a young Kohli. 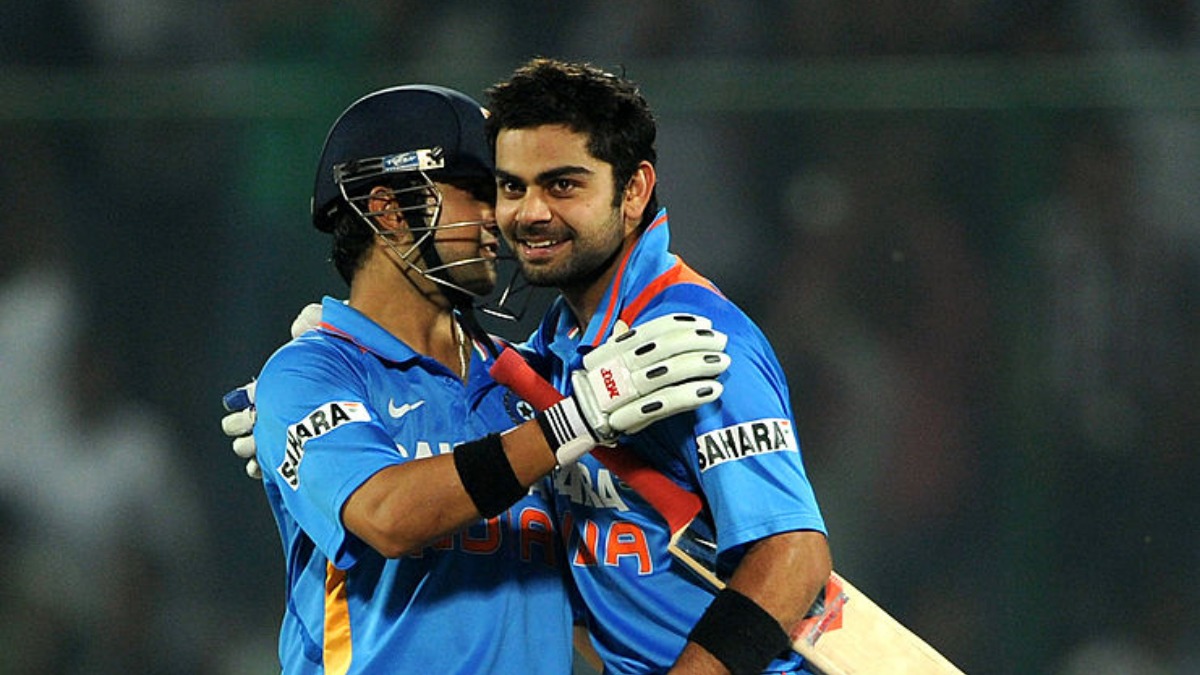 But soon after Kohli took Gambhir’s number 3 position in the ODI team and replaced the left-hander as a talisman batsman. Their rivalry reached its peak when both came face to face hurling down expletives in an IPL game between RCB and KKR.

Asia Cup 2022: India’s Best XI For The Match Against Pakistan