Fans Hail Axar Patel For His Stunning Cameo On 4th T20I VS West Indies: Riding on skipper Rohit Sharma’s ultra-attacking innings at the top, India have posted a mammoth total of 191 runs against West Indies in the fourth T20I of the series, played at the Central Broward Regional Park Stadium in Lauderhill, Florida, on Saturday.

However, it was Axar Patel’s late blitz – 20 runs off 8 balls – in the last couple of overs that helped India to this total and also gave them the momentum.

Axar Patel had already shown his power-hitting prowess in the second ODI last month against the same opposition, when he smashed 64 runs off 35 balls to seal India’s 312 runs chase. 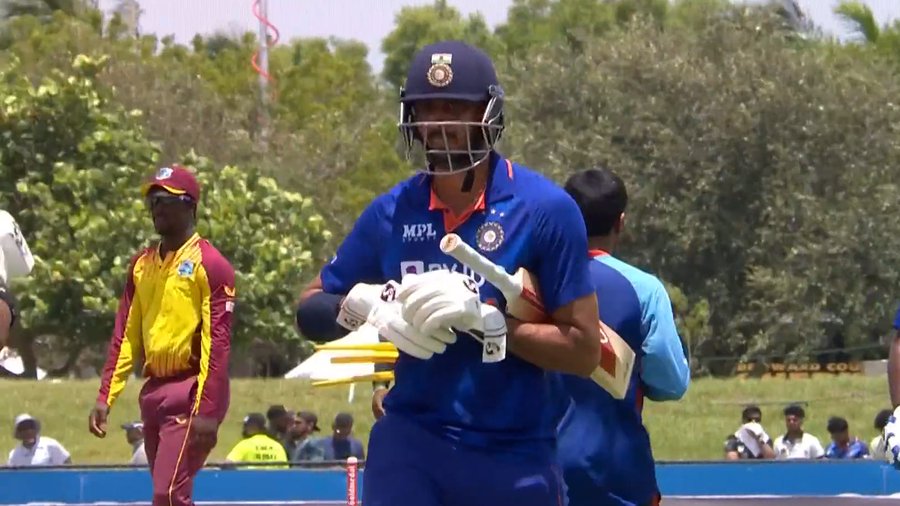 Axar Patel continues to impress with the bat

Today, once again, his batting came to India’s aid. Patel had been brought in the side after India rested all three of Ravindra Jadeja, R Ashwin and Hardik Pandya.

Axar walked in to bat at number 7 with India’s total 164/5 after Dinesh Karthik had been bowled by Obed McCoy on the first ball of the 19th over. After taking one run off his first couple of deliveries, Patel smoked McCoy down the ground with a straight batted shot for a sixer.

McCoy, who had two games ago registered the best bowling figures by a West Indian in T20Is, was rattled by this gorgeous yet disdainful shot from Patel as he bowled a wayward wide delivery that even went outside the pitch. 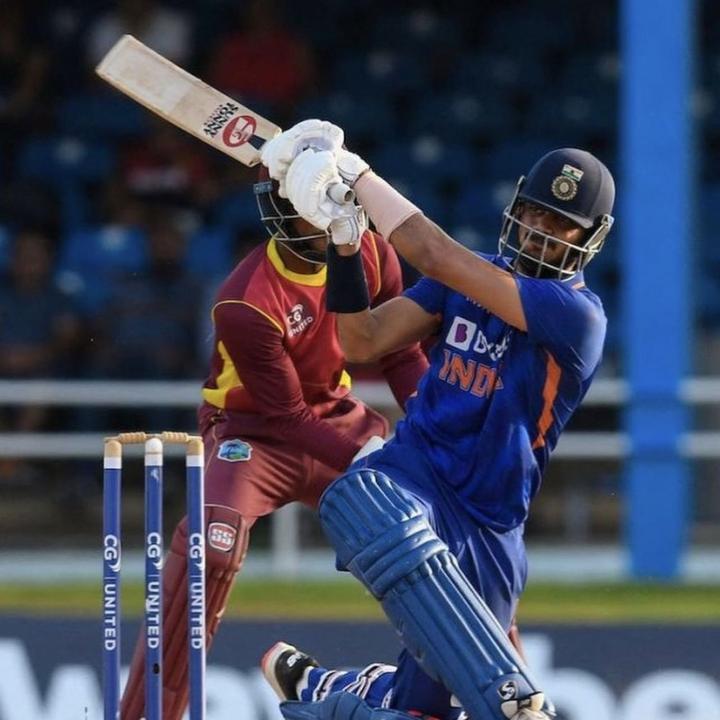 The next ball was almost an expected result: another half-volley and Patel once again thundered it down the ground. Axar himself was quite pleased with his shot.

Dominic Drakes had done a good job in the last over until the last ball. He had given away only 7 runs off his first five balls of the 20th over of India’s innings despite giving away couple of wides in it, bowling tight lines and hitting the yorker length using some grip on the surface.

However, Axar had the last laugh on the last ball, creaming a full and wide delivery through extra cover, beating the fielder in the deep and taking India’s total to over 190.

Fans on Twitter were in awe of Axar’s batting which has soared to a different level than it had been before.

Here are some of the reactions to Axar’s late cameo today:

Somewhat made up for a poor DK innings and an inexplicable Sanju Samson innings.

Axar's batting improvement is massive from a test cricket point of view for India at home.

Axar is so so clear of jadeja in LOC.
Donno when team mgmt realises this.