Has Virat Kohli Made A Mistake By Taking Rest For The Zimbabwe Tour?: The BCCI announced a 15-man squad for the Zimbabwe tour for 3 ODIs. The eyeballs of everyone were searching for one name: Virat Kohli. But the 33-year-old was absent from the squad, a second-string squad once again to be led by Shikhar Dhawan.

There were a number of reports prior to the announcement that Kohli, who had taken rest from the entire West Indies tour – 3 ODIs and 5 T20Is – will travel to Zimbabwe for the ODI series – which is unarguably his best format – to get big runs under his belt play a big knock and get back to form before Asia Cup, which will give India and their fans a proper idea of their preparation and team structure regarding their T20 side for the T20 World Cup.

But, alas, Kohli isn’t in the squad. This means that his break, which started from the end of the England tour on July 18 has now been extended to over a month – August 22 is the date for the completion of the Zimbabwe series.

Should Kohli have toured Zimbabwe?

This is quite a big question because Kohli has had a lot of breaks – perhaps the most – after the IPL 2022.

After the IPL concluded at the end of May, Kohli was rested for the 5 T20Is vs South Africa and 2 T20Is in Ireland – well so were most of the Test players who were part of the Edgbaston Test.

Kohli, though, had a horrific England tour – where he didn’t manage a single score of more than 20 in 6 innings in England across the three formats. And now, he will, after a month’s break again, straightaway return to the Asia Cup – with lack of form, no match practise as there are no domestic matches going on (not that he would have played one might think). 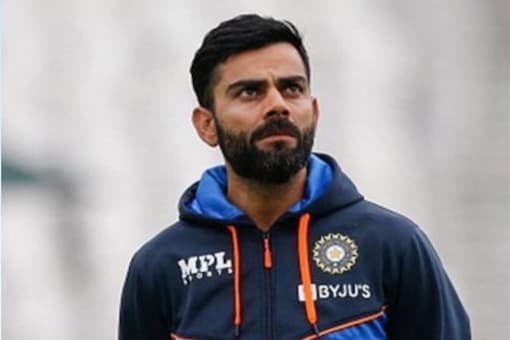 Interestingly, as mentioned earlier, this Zimbabwe tour of 3 ODIs provided him with the best chance to get back his mojo – maybe even hit his 71st century – with no disrespect to Zimbabwe, but surely you would back Kohli to make it count against the team which is ranked 15th in ICC ODI rankings.

The ODIs are Kohli’s best format: even during this slump, he’s been in good form in the 50-over format: since the start of 2020, Kohli is India’s third-highest ODI scorer, after Dhawan and KL Rahul; in 20 innings he has notched up 9 fifties, only one less than Dhawan.

Is Virat Kohli working on a technical aspect?

A defence which many have been giving is that perhaps Kohli – after completing his vacation in Paris, where he flew straight after the England tour – is working on something technical – making technical improvements in his batting; trying to eliminate that off-stump vulnerability, or adding more shots to his repertoire such as more sweeps and cuts. But, isn’t the best way to execute the technical adjustments, and gain confidence with them, is to play more cricket? To actually get proper match practice before an important tournament like the Asia Cup after which India are lined up to host South Africa and Australia before going to Australia for the ultimate event.

Well, only Kohli knows what’s going on in his mind. The selectors haven’t made any revelation or statement or haven’t had any press conference regarding anything in the recent past.

But whatever it is, Kohli has to hit the ground running in the Asia Cup, in good batting-friendly surfaces in the UAE to prove his form and justify him returning slotting straight back in India’s eleven after skipping so many matches.