Smriti Mandhana has been in some terrific form off-lately, for the Indian Women’s cricket team. Smriti played another stellar knock in the ongoing Commonwealth Games 2022 as she smashed a stunning fifty against England in the semifinal match.

Smriti Mandhana Shattered Her Own Record

This was Smriti Mandhana’s second half-century in the ongoing CWG Birmingham games, having played a crucial knock against Pakistan as well. Smriti played a stunning knock of 61 runs off 32 balls and was a key in India’s total of 164/5 after 20 overs against the hosts England.

Smriti reached the 50-run mark in just 23 balls. During her knock, she broke her own record to complete the fastest half-century by Indian women batter in T20I cricket history. Earlier, Mandhana had registered a 24-ball 50 in a clash against New Zealand in 2019.

It has to be noted, that the third fastest T20I fifty by an Indian in women’s cricket history also belongs to Smriti Mandhana, who had hit a 25-ball half-century against England in 2018. 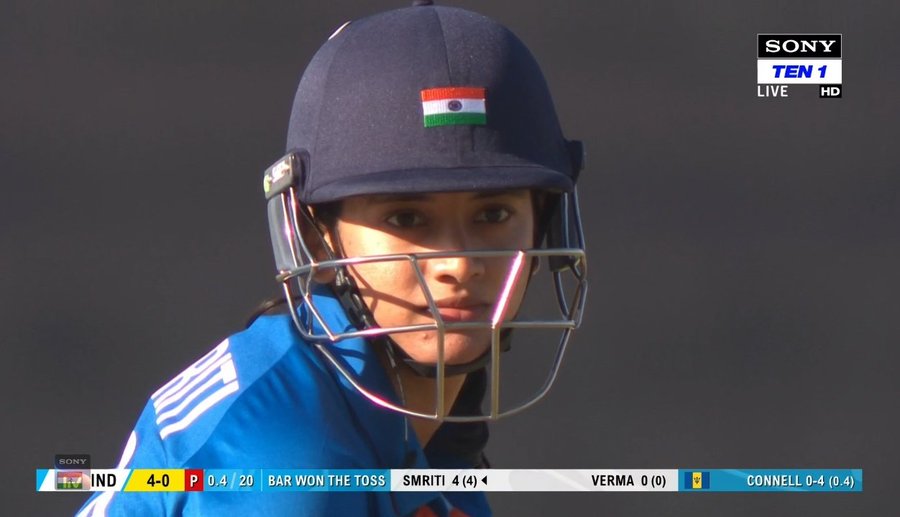 Mandhana put up a brilliant partnership with Shafali Verma, who played a knock of 15 in 17 balls. Though, Mandhana was dismissed after scoring 61 runs, but she had done her job and set up a good platform for the remaining batters.

Earlier, she had played a match-winning knock against arch-rivals Pakistan. She had played an unbeaten knock of 62 runs in 42 balls by Mandhana, which had helped India register an amazing eight-wicket victory over the Women in Green.

Meanwhile, fans on social media were left in awe of Mandhana’s brilliant effort. From cricketers and experts to fans, everyone took to social media to hail the brilliance of the cricketer.

Check out the best reactions to her knock:

What an innings from Smriti Mandhana in the semifinal of Commonwealth games, she scored 61 runs from 32 balls and her strike rate 190.6 in this innings. Incredible innings in big stage. pic.twitter.com/LMERyDRxRx

Smriti Mandhana you beauty!!
What a firey knock that was
Queen for a reason#indwvsengw #CommonwealthGames2022

Smriti Mandhana you beauty!!
What a firey knock that was
Queen for a reason#indwvsengw #CommonwealthGames2022