Whether it is Kerala, Dublin or Florida – Sanju Samson has now become a fan favourite member of the Indian team. After being benched for the first three T20I vs West Indies, Samson got his opportunity to the delight of the crowd.

On Saturday, he got a huge cheer from the crowd present at the Central Broward Regional Park Stadium in Lauderhill, Florida, when his name was announced by Indian skipper Rohit Sharma at the toss. 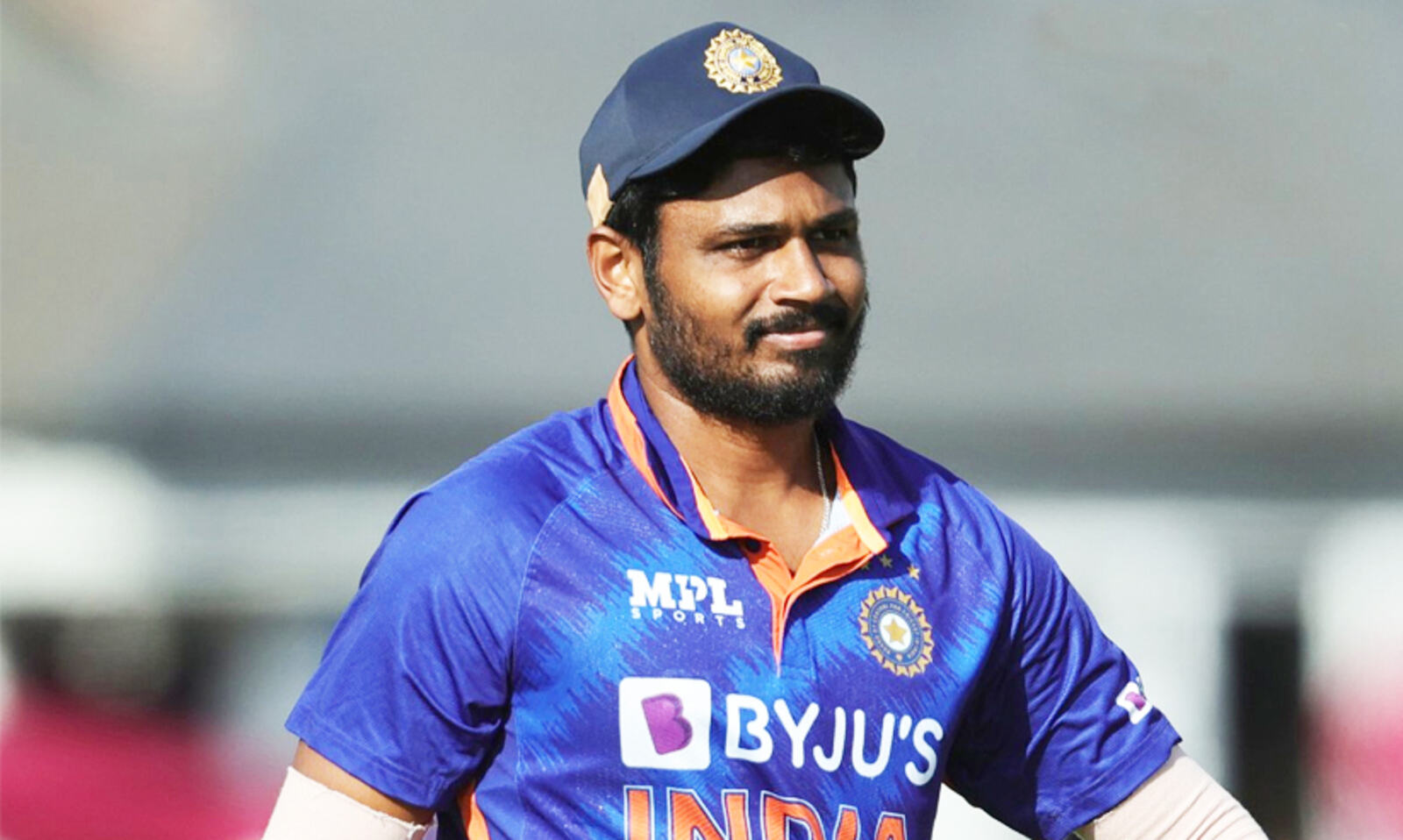 A video of the same has gone viral on social media. The game was delayed by 45 minutes due to rain and then wet outfield. India leads the series 2-1.

West Indies captain Nicholas Pooran won the coin toss and elected to bowl first. Rohit Sharma, who passed his fitness tests recovering from the back spasms that saw him abort his innings in the previous game, announced that he had rung in three changes in the eleven: Ravi Bishnoi, Axar Patel and Sanju Samson replaced Hardik Pandya, Ravichandran Ashwin and Shreyas Iyer.

The news of Samson coming into the side in place of Shreyas Iyer, who had struggled in the shortest format recently, was welcomed by the fans on social media and inside the ground.

As soon as Sharma declared that the Kerala batsman is playing today, there was huge pop from the crowd.

Huge roar from crowd when Sanju Samson's name was announced!!🤩

Shreyas Iyer has lacked fluency in his T20 knocks recently – since the end of IPL 2022, which is in the last three series vs South Africa, England and West Indies, in 9 T20Is innings, Shreyas has scored 156 runs at an average of 19 with a dismal strike rate of only 110. Moreover, his weakness against short and fastball has been exposed and used by opponents.

Samson, on other hand, had cracked his maiden T20I fifty – 77 off 42 balls vs Ireland, followed by a swift fifty in the ODI vs West Indies. This – today’s game and perhaps the next one – is Samson’s last chance to make a case for himself for the Asia Cup.