Fielding at short third-man, Arshdeep Singh dropped a regulation catch of Asif Ali in the 18th over of Pakistan’s run chase after the batter had mistimed a slog off Ravi Bishnoi. It was a dolly of a take, but the ball passed through the Indian seamer’s hands. 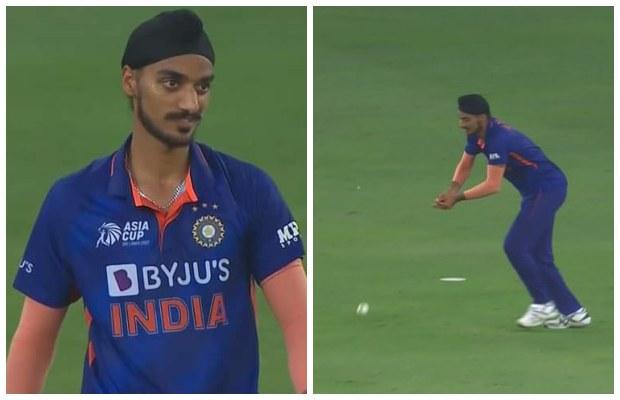 This drop proved costly to India: Asif was on nought when he was given the reprieve by Arshdeep; after that Asif smashed Bhuvneshwar for a four and a six in the game-changing 19-run 19th over, leaving only 7 runs to win in the last over, which was bowled by Arshdeep. He did well to drag the game to 2 runs needed off 2 balls, including taking Asif’s wicket (16 off 8) after he’d been thumped down the ground for a four, but he couldn’t save the game.

Pakistan chased down 182 with one ball to spare and fans online trolled and abused Arshdeep Singh harshly.

Among this chaos, some fans edited his Wikipedia entries, adding “Khalistan” as his team. This created quite a furore on social media with many then coming out in support of the 23-year-old pacer.

Then, renowned Twitter user Anshul Saxena with Twitter handle @AskAnshul, who enjoys a following of 1 million people, came out to allege that it was those Wikipedia edits had been made by someone from Pakistan and not India.

Who is behind this editing & targeting Arshdeep Singh?

Here are the IP details of editor. pic.twitter.com/CErervW3Q2

Despite that dropped catch, Arshdeep Singh kept his cool to stretch the game to the last two balls. He finished with decent bowling figures of 1/27 - his economy of 7 was better than three other Indian bowlers on the show last night, yet the youngster has been subjected to unfair abuse and criticism for his spilt catch.

Now, India and Pakistan have won one match over the other. They could also compete in the final of the Asia Cup 2022 coming Sunday. For that, though, India will need to defeat both Sri Lanka and Afghanistan in their remaining two Super 4 matches.