Sachin Tendulkar and Virat Kohli are arguably two of the greatest batsmen to have ever played the game. Sachin Tendulkar dominated the 1990s and the early 2000s whereas the Indian Captain – Virat Kohli is dominating the current era. In a way, Kohli became the successor of Sachin Tendulkar because it seemed as if the baton was being passed to a young Kohli by the great Tendulkar. Enough has been written about their batting and their records and how Virat might or might not break Tendulkar’s records, but very few have written about their bowling.

Both these great batsmen, occasionally bowled, Tendulkar bowled more than Kohli and both of them have picked up some wickets at the international level. You have to say that Sachin Tendulkar was a more accomplished bowler because he has got a lot more wickets than Kohli and the Indian captain has almost stopped bowling. But there are a few batsmen who have been dismissed by both these greats. So, let’s have a look at three batsmen who have been dismissed by Sachin Tendulkar and Virat Kohli at the international level. 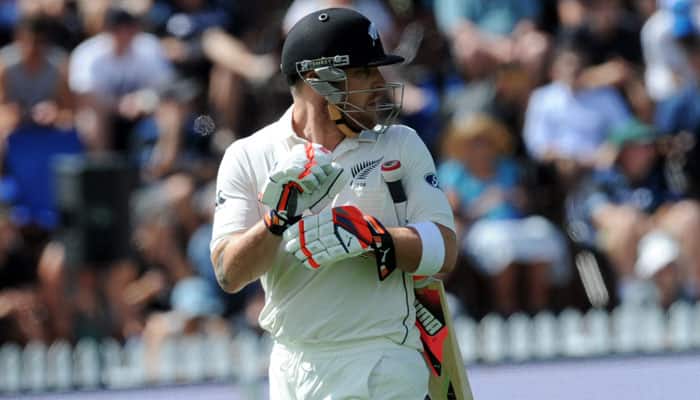 The New Zealand wicket-keeper batsman who captained the Kiwis in the famous 2015 World Cup has been dismissed by the two Indian greats at the international level. Sachin Tendulkar has got the wicket of Brendon McCullum in a Test match in 2009. At the Basin Reserve, New Zealand was set a target of 617 and McCullum walked in to bat at 226-5. He was caught by Rahul Dravid as Tendulkar got one to spin, and he was caught in the slips.

Virat Kohli got McCullum in an ODI in 2014. New Zealand was batting first, and they were in a great position. The Kiwi skipper scored 23 off 18 balls before getting out to Virat Kohli as he was caught by Rohit Sharma in the game. Both Kohli and Tendulkar have got the wicket of McCullum even though in different formats. The Pakistan batsman Mohammad Hafeez who still manages to impress everyone with his T20 batting in the Pakistan side has been dismissed by Tendulkar and Kohli in the white-ball formats. Virat Kohli got the better of Hafeez in a T20I game in 2012 in Sri Lanka. Kohli bowled three overs giving away only 21 runs and picking up the crucial wicket of Mohammad Hafeez. Hafeez’s stumps got rattled against Kohli in 2012.

Tendulkar got the better of him way back in 2005 in an ODI when the Indian great picked up a five-wicket haul. Sachin Tendulkar picked up five wickets for 50 runs with Hafeez’s wicket being the fifth one. He was caught by Ashish Nehra at the Nehru Stadium in Kochi against the bowling of Sachin Tendulkar. The flamboyant Kevin Pietersen has discussed this with his good friend Virat Kohli in an Instagram Live as to how he got dismissed by the Indian captain. In 2011, India and England were playing a T20I in which Kohli bowled for the first time in his T20I career and even got his first T20I wicket. He missed a down the leg-side delivery and got stumped by MS Dhoni as Virat Kohli got the better of him.

On the other hand, Tendulkar got the wicket of Pietersen in the longest format in 2007. At the Kennington Oval, Sachin Tendulkar came into the attack and got the better of Kevin Pietersen who was looking set on 41 off 106 balls. Pietersen missed out on a half-century and India got an important wicket.