Dinesh Karthik emerged as one of the best strikers of IPL 2022 as he bailed out RCB on several occasions when the situations got tricky and dangerous at the same time. It wasn’t particularly easy but that was a glimpse of the vintage DK that have known in his initial days as a T20 cricketer. Similarly, he was brilliant …

Dinesh Karthik emerged as one of the best strikers of IPL 2022 as he bailed out RCB on several occasions when the situations got tricky and dangerous at the same time. It wasn’t particularly easy but that was a glimpse of the vintage DK that have known in his initial days as a T20 cricketer.

Similarly, he was brilliant against South Africa and West Indies at the same time, playing a couple of glorious knocks that would provide a glimmer of hope for any cricketing fans across the globe that he was here to stay. Just as the T20 World Cup approaches, the nation is already abuzz with the fact that can DK play the number 6 role for Team India?

Well, only time will tell whether DK can be a part of the Indian squad in the T20 World Cup, however, at the moment, let us take a look at five possible reasons why he is currently the best finisher in T20 cricket.

#1 Has a wide variety of strokes

Dinesh Karthik can bring forth a wide array of strokes that spans from cover drives to switch hits, keeping the bowler guessing which way he would be going in the following deliveries. His constant shuffle in his action compels the bowler to think in the way DK wants him to think instead of coming up with a premeditated plan that can actually carve open a difference.

Dinesh Karthik has shown no fear whatsoever whenever he comes out to bat. It is simple for him. He would come out, take 6-7 balls to get ready and then bring out the heavy artillery. In order for such a dramatic transition, one needs to be gutsy and that is exactly what has helped DK to deliver so easily. He comes with one intention on his mind and that is to hammer. Job well done. 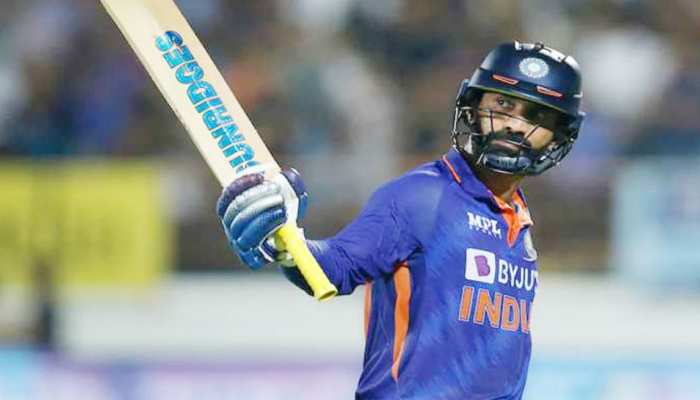 #3 Knows exactly how to time his innings

DK is very well aware of how to start an innings and how exactly to time it. If the number of balls is relatively on the lesser side, then he would choose the timing of the boundaries accordingly, consuming fewer balls to get his eyes in. On the contrary, if he needs to carry on a bigger responsibility, he spends time in the middle and plays his strokes accordingly, bringing out the big hits a bit later in the innings

Dinesh Karthik is a vastly experienced player and can create significant differences with the blade in his arms. It is his experience that makes him read a bowler’s mind more efficiently than many newcomers on the team. Being a wicket-keeper adds to that crucial aspect, given the knowledge that he has of the areas where the bowlers love to frequent, especially in the death overs.

Ever since RCB took him in, they gave him the designated role of a finisher, which has seen Dinesh Karthik be much more composed. He has taken on bowlers without any ado whatsoever and has dispatched the bowlers to all nooks and crannies of the park. It is extremely important for someone to be as composed as aggressive to produce the madness that was once expected from a finisher as good as DK.