The Indian Premier League has given the youngsters a perfect platform to showcase their talent. Many young cricketers have taken giant strides in their career after doing an excellent job for their IPL franchises. The BCCI had launched the Indian Premier League for the same reason. Apart from the IPL, the Syed Mushtaq Ali Trophy …

Priyam Garg captained the Indian U-19 cricket team in the 2020 U-19 World Cup. Under his leadership, the Indian cricket team made it to the summit clash. Unfortunately, they lost to Bangladesh U-19s in the final.

Garg played for the Sunrisers Hyderabad in IPL 2020. Now, in Syed Mushtaq Ali Trophy, he will captain the team. The likes of Suresh Raina, Karn Sharma, and Bhuvneshwar Kumar will play under Garg’s captaincy.

Ishan Kishan is another player who captained India U-19 in the past. Kishan started his IPL career with the Gujarat Lions and later became a part of the Mumbai Indians team.

Suryakumar Yadav played for the Mumbai Indians in IPL 2020. He played multiple match-winning knocks for the Mumbai-based franchise in the tournament. Many fans wanted Yadav in the Indian cricket team after IPL 2020.

The team management has asked him to be patient. The right-handed batsman will represent Mumbai in the upcoming Syed Mushtaq Ali Trophy. He will captain the likes of Yashasvi Jaiswal, Dhawal Kulkarni, Aditya Tare, and Arjun Tendulkar. 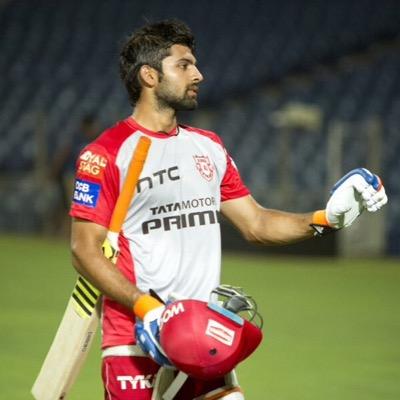 The fans considered Manan Vohra as the next big thing in Indian cricket after his exploits for the Kings XI Punjab in IPL. Later, he moved to the Royal Challengers Bangalore. In IPL 2020, Vohra was a part of the Rajasthan Royals squad. Unfortunately, he did not receive a single opportunity to play for the franchise in IPL 2020.

Vohra will look to get back to form in Syed Mushtaq Ali Trophy 2021. Chandigarh cricket team has elected Vohra as their captain. It will be intriguing to see how Manan performs in this tournament.

Rahul Tripathi came into the limelight after his top-quality performances for the Rising Pune Supergiant. Tripathi made it to the IPL Final in 2017. Later, the Rajasthan Royals signed him but he could not replicate the same performances.

The Kolkata Knight Riders signed him in IPL 2020, and he produced some game-changing performances. Tripathi will play the skipper’s role of Maharashtra cricket team in Syed Mushtaq Ali Trophy 2021. Kedar Jadhav and Ruturaj Gaikwad will play under his captaincy.