Best Playing XI For India In The T20 World Cup

Best Playing XI For India In The T20 World Cup

Even though it is still a far cry to decide who should be making India’s playing XI in the upcoming T20 World Cup 2022 , yet as far as cricketing acumen goes, a few names have already started doing the rounds. Maybe, they will still need a lot more time to make the cut for …

Even though it is still a far cry to decide who should be making India’s playing XI in the upcoming T20 World Cup 2022 , yet as far as cricketing acumen goes, a few names have already started doing the rounds.

Maybe, they will still need a lot more time to make the cut for the top players but this can very well be a stepping stone for the youngsters to showcase their talent that can land them the prestigious opportunity of being a part of India’s t20 World Cup 2022 playing XI.

In this story, let us take a quick look at the most probable playing XI for India in the upcoming World Cup where the nation will be desperate to end a drought of 15 years with the last glory coming in 2007, the inaugural edition of the tournament.

Rahul has been in top form as the Lucknow Super Giants continue with their imperious journey on the treacherous shores of the IPL. He has shown some firm eyesight to play massive knocks as he would hammer them home under the pump, leading the Super Giants from the front. Rohit Sharma hasn’t really got off to the starts that are expected from him but the kind of carnage that brings along with himself can show kingdom come to any bowlers who would veer slightly off the perfect line and length.

Virat Kohli has failed to get off to the much-expected starts but the kind of carnage that Kohli brings to the table, on any given day he can be the bowler’s worst nightmare if he manages to get his eyes in. He is also a crucial part of the leadership clique and is an irresistible choice for any team in the world.

Suryakumar Yadav has been at his phenomenal best in the ongoing IPL and the kind of quality that this youngster has shown over the years can go on to be a treasuring asset for the Indians. He has a wide variety of strokes at his disposal and can prove to be the determining factor of any given contest if he manages to hang in the middle for a while.

Hardik Pandya has once again shown some excellent way of coming back to the side as he has managed to flip the tide around with a brilliant display that has seen him bat and bowl with equal brilliance in the ongoing edition of the tournament. In fact, his presence on the side has helped the Titans to stay afloat in the hunt for the top spots.

Dinesh Karthik has been in the form of his life and he will continue to be a major threat to the opposition, especially after the resurgence that he has shown in IPL 202. They aren’t baby steps after all as he has stitched them with patience and brilliance.

Ravindra Jadeja is someone who simply cannot be dropped at any cost. He is electric in all the departments and will continue to be a major driving force for the Indians in the upcoming biennial extravaganza. 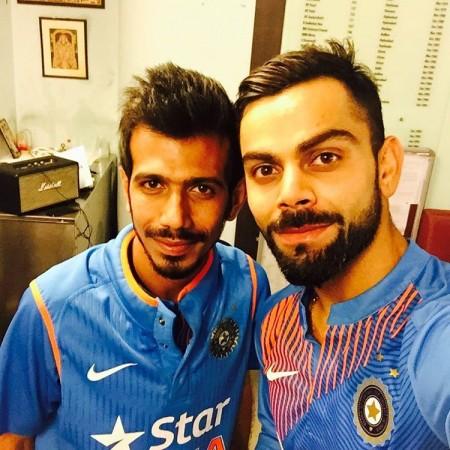 Now, this may seem that India may opt to go in with four regular bowlers while Hardik Pandya bowls his full quota to make it five. However, the names mentioned here are all game-changers and can be absolute show-stoppers if they get their eyes in.

Harshal has produced a handful of magical displays for the Challengers that will definitely make him a prime contender for this spot in the starting eleven. His death bowling has been top-notch and adds to it the menacing likes of Jasprit Bumrah. The part of the game where the batters are the most dangerous will turn in India’s favour.

Chahal has simply been mesmerizing in the ongoing edition of the tournament and will be a screaming part of the upcoming T20 World Cup given his wide variety of deliveries that drifts close to a mile.

Bhuvneshwar Kumar is a decent option for the powerplays where he is calculated and can produce some decent pace to leave the batters rattled in the phase where they have the best chance of scoring with the fielders mainly inside the circle.

Shreyas Iyer’s blistering knock against the Rajasthan Royals would once again poke a finger in everyone’s eyes, screaming how brilliant has he been. The quality that he has brought to the field is simply mind-bending and the class that he adds to the table is top-notch. More importantly, he thrives under the pump, making him one of the best choices for T20 batting.