Following the emotional and physical saga with his girlfriend in a park in Noosa, the video of which has gone viral, Michael Clarke is set to be get a setback in his professional life as well: the BCCI has sacked Clarke as the commentator for the upcoming Border-Gavaskar series in India, and the board has decided to find a replacement Australian commentator of Clarke.

India will host Australia for the important 4-Test series - the result of which will have an influence on their standings regards to the World Test Championship final - starting February 9. 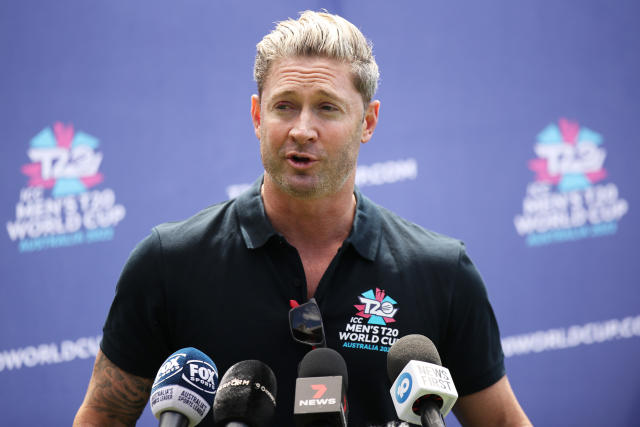 Clarke, alongside Mathew Hayden, were initially assigned as the Australian commentators to cover the Test series for the Indian broadcaster, Star Sports. However, after Clarke’s personal dispute became public, the BCCI won’t have the controversial character commentating on the Indian broadcast. Clarke might also lost his commentary assignment for the IPL 2023, which will start after the Test series.

Michael Clarke, though, has indicated he may still find another cricket commentary gig in February and March.

Earlier this month, Clarke had a fall-out with his girlfriend Jade Yarbrough and her friends, and the scene also became physical. Jade accused the Clarke of cheating on her with his ex-lover Pip Edwards. The police are investigating “the stunning confrontation” between Clarke and Jade, and this is likely to affect their professional lives too.

Michael Clarke and Karl Stefanovic have squared off in a wild fracas in a public park, in which Clarke was slapped across the face by his girlfriend and accused of cheating.

Speaking on the breakfast radio on Monday, Clarke revealed that he’s been offered a commentary gig for the PSL, which runs from February 13 to March 19.

“I’ve just been asked to commentate on the PSL, the Pakistan Premier League, and you should see the internationals they’ve got,” Clarke said on The Big Sports Breakfast. “So many overseas players are going and playing in that tournament.”

Last week, speaking of the incident, the 2015 World Cup winning captain, Michael Clarke said, “I’m absolutely gutted I’ve put people I hold in the highest regard in this position. My actions in the lead-up to this altercation were nothing short of shameful and regrettable.

“I am shattered that because of my actions I’ve drawn women of class and integrity, and my mates, into this situation.”