India&rsquo;s Best Playing XI for T20I&rsquo;s Against England For The Second Game

After a crackling display of brilliance against the Englishmen in the recently-concluded Test series, India is up against the mighty Three Lions for the T20 series. This will be the series opener and will be the first international T20 game at Narendra Modi Stadium in Ahmedabad after its renovation. Words of discourses have disseminated across …

After a crackling display of brilliance against the Englishmen in the recently-concluded Test series, India is up against the mighty Three Lions for the T20 series. This will be the series opener and will be the first international T20 game at Narendra Modi Stadium in Ahmedabad after its renovation.

Words of discourses have disseminated across the entire nation that is hell-bent on speculating about the fact that which players are going to be a part of the series opener against one of the mightiest teams in the shortest format of the sport.

After a devastating loss against England in the series opener, India will need to learn their lessons. It was an extremely woeful batting display and the Indian batters crumbled like a house of cards. This will be our attempt at stitching together a team for the next game. 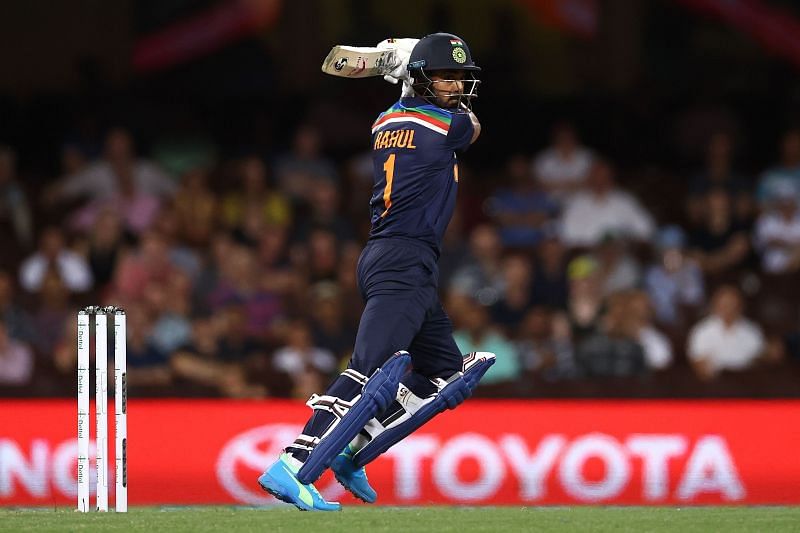 Despite his failure in the last T20 that India played against Australia, Rahul posted a brilliant showdown in the first two games. It is also well-known to us that if the youngster gets going, what kind of damage is he capable of inflicting upon the oppositions. However, if there is one thing that he will need to work upon, that will be his impatience to gather runs faster when he is set. He has seemingly thrown his wicket away in reckless fashion after getting a good start and that will hurt India’s sentiments for the fans expect him to provide that springboard to the middle-order to bat with ease. As England went heads on in the opener, Archer once again exposed his vulnerability against brutal pace and he will do a decent job to set things right. Rohit Sharma is undoubtedly India’s best opener in the current roster, irrespective of the format. He can hack away at anything that will be close to his ribs and can very well trade those deliveries outside the off-stump to the ropes with those classic drives through the off-side and cover. He will be a big name when it comes to India’s aspirations for the first T20 match against the visitors, especially at the Narendra Modi stadium, considering the slow surface.

Virat, the bowler-slayer continues to be India’s finest bet in the shortest format of the game. Though he couldn’t really live up to the expectations that were saddled onto him in the Test series, he can single-handedly flip the tide in India’s favour if it gets going. He will also look forward to set things right after a failure in the series opener.

Shreyas Iyer’s form against Australia wasn’t really inspiring but his recent outings in the Vijay Harare Trophy will compel Kohli to include this man in the squad. Despite failure against Himachal Pradesh, the Delhi Capitals captain managed to smash two blistering centuries in the tournament that was laced with a fine 39 against Delhi. He was India’s best bet against England in the opener.

Ishan Kishan posted a rippling display in IPL 2020 that saw him being a lot more matured as a cricketer. Not only did he anchor the Mumbai innings when his team needed him to, but he also braved the storm of illustrious bowlers from all around the globe and came out in flying colours. This will be his best opportunity to rise to deserved fame.

Hardik Pandya has been India’s best finisher for quite a while now and the man has been totally destructive right since the time he has been taken into the side as a proper batsman. With the bowling onus being taken off from his shoulders, he bats a lot more freely and blends aggression with calm in perfect proportions.

It was a tough call between Axar Patel and Rahul Tewatia. The solitary reason to opt for the latter is the ability to bat a lot deeper than Axar. Also, he can strike those magnificent blows at crucial junctures. Going to the bowling front, both he and Tewatia are almost on the same scale. Despite England’s scourge against left-arm leg-spin, it won’t really matter in the shorter format of the game because of the batman’s tendency to strike.

Sundar has validated his batting finesse in the last two-Test series that he was a part of. Though T20 cricket is the exact anti-thesis of the longest format of the game, Sundar may not be a reliable choice for toting the innings on his shoulder but can impact those big hits. In times of jeopardy, a couple of big strikes can change the course of the game. He is also a very miserly bowler who can wring out a few economical overs in the middle.

Yuzvendra Chahal is currently India’s best spinner in the shortest format of the game. Known for his googlies and the wrong ones, his knack for wickets is what will bedevil the English batters. Though he didn’t really impress in the opener, yet it is not yet time to stop believing in him.

The fast bowling duo of Bhuvneshwar Kumar and Shardul Thakur is the primary reason for the English batters to frown. Bhuvi will be making a comeback to international cricket after a long time, tending an ankle injury that took a significant toll on him. Thakur has been on fire ever since IPL has been played. Known for his toe-crushers, Thakur will be the first pick to bowl those crucial death overs while Bhuvi will pile the pressure on by eking out a few miserly spells.