IND vs NZ: "India Missed A Trick By..." Wasim Jaffer Points Out India's Big Mistake After Loss In 1st ODI

A mammoth partnership between New Zealand captain Kane Williamson and keeper-batsman Tom Latham saw the hosts climb down the target of 307, after being 88/3, with 7 wickets in hand and 17 balls in the arrears.

Tom Latham ransacked 145 unbeaten runs from 104 balls, stroking 19 fours and 5 sixes in his terrifically paced innings, while Kane Williamson played a typical Kane Williamson knock, anchoring from the end and remained not out on 94 from 98 balls with the help of 7 fours and a six.

For India, openers Shikhar Dhawan (72) and Shubman Gill (50) scored half-centuries and gave a strong start with 124-run opening stand. India then lost a bunch of wickets but Shreyas Iyer’s 80 and cameos from Sanju Samson and Washington Sundar propelled the score above 300. 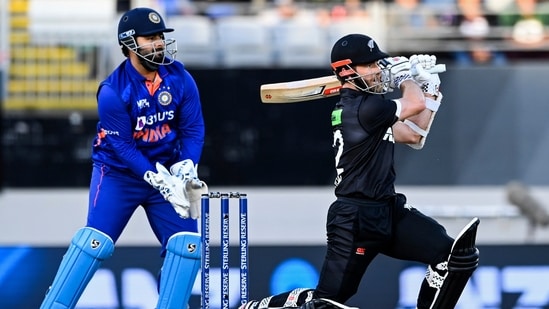 Former India opener and renowned Twitter personality Wasim Jaffer took to the microblogging site to praise the classy Williamson and star of the game, Tom Latham. Lamenting on India’s loss, Wasim Jaffer opined that India were short of a bowling option.

India had just 5 bowling options - Washington Sundar, Shardul Thakur, Umran Malik, Arshdeep Singh, Yuzvendra Chahal - and four of whom went for over 60 runs. It meant that there was no hiding place for any bowler who had a bad day. India had Deepak Hooda on the bench today.

“Well played @BLACKCAPS Made 300 look like 270. Williamson all class as always but Latham stole the show. Not easy for an opener to move down the order and still be successful. India missed a trick by just playing 5 bowlers,” Wasim Jaffer tweeted.

Well played @BLACKCAPS 👏🏽 Made 300 look like 270. Williamson all class as always but Latham stole the show. Not easy for an opener to move down the order and still be successful. India missed a trick by just playing 5 bowlers. #NZvIND pic.twitter.com/bcGnf6K5Ry

If India do decide to bring in Hooda for the second ODI, who he replaces will be a conundrum. At the moment, the out-of-form Rishabh Pant could be dropped for Hooda, or the axe might once again fall on Sanju Samson.

The second ODI will be played on Sunday in Hamilton.