Suryakumar Yadav recorded his second T20I century on Sunday as he blasted 111* runs from 51 balls against New Zealand at the Bay Oval in Mount Maunganui to lead India to a massive total of 191.

The 32-year-old lit up the Bay Oval with his staggering range-hitting and extraordinary show of his pristine timing. He walloped 11 fours and 7 sixes in his superb innings while others struggled around him to hit boundaries.

India posted a total of 191 out of which 111 were scored by Suryakumar Yadav alone; there were 11 were extras in the innings meaning that the rest of the batters managed to score 69 runs off 69 balls. Suryakumar’s strike rate was 217 whereas while the rest had a combined strike rate of only 100. This tells you the gap between Suryakumar Yadav and his teammates; he’s batting at a totally different level and far above the rest. 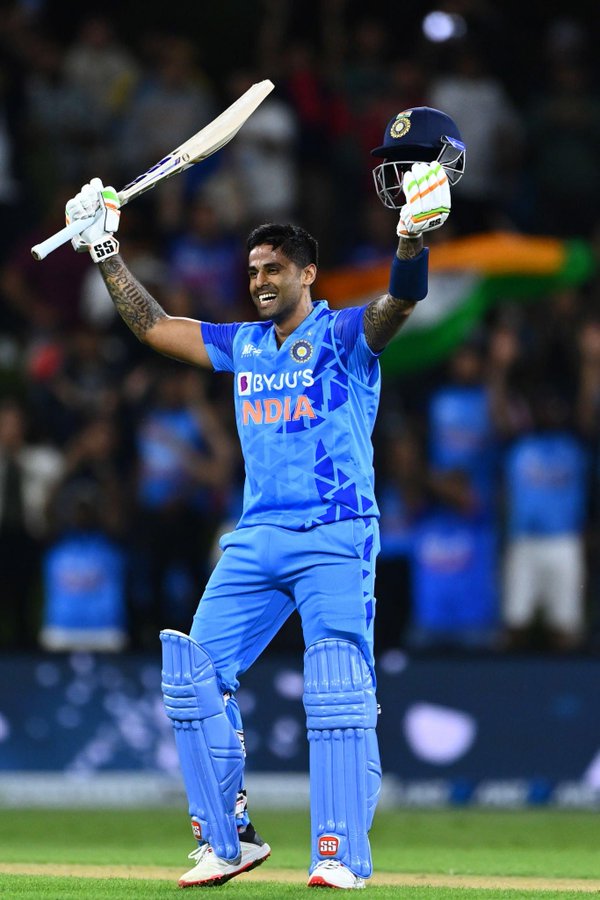 Netizens on Twitter were left with their jaws hanging after seeing the thunderous knock from Suryakumar Yadav. Legendary Indian batter Sachin Tendulkar too had a word of praise for the 32-year-old batter who is ranked the number 1 ICC T20I men’s batsman.

“The night sky has been lit up by Surya! What a blinder @surya_14kumar!” Sachin Tendulkar tweeted.

Here is Sachin Tendulkar’s tweet for Suryakumar Yadav’s century that has gone viral on the internet:

The night sky has been lit up by Surya! 🔥

Today, he came into bat at number 3 in the last over of the powerplay and got going straightaway with a boundary to Ferguson. Yadav was on 11 off 10 balls when he hit his first six, to Santner, and there was no stopping him after that.

He picked up boundaries off both Santner and Sodhi before hitting a six and four to Ferguson. In quick time Suryakumar raced to his fifty off 32 balls; in an even faster lighting speed, he rumbled to a three-figure score, notching up his century in 49 balls.

Suryakumar is the leading run-scorer in T20Is this year with 1151 runs at an average of 47 and a strike rate of 188 - just a sensational blend of the two stats. He had hit a century in England, then bossed the T20 World Cup 2022 in Australia, and now has a century in New Zealand.