Team India will kick off their new year and their home season against familiar Island neighbors, Sri Lanka, with a 3-T20I series, starting January 3 at the Wankhede, followed by a 3-ODI series.

India suffered major disappointments in 2021, failing to reach the finals of the Asia Cup and T20 World Cup 2022.

This is a much younger crop that will take on Sri Lanka, but not inexperienced in T20 cricket, as most of them are IPL regulars. In the absence of the senior players, the youngsters and fringe players have a good opportunity to impress the management and the new selection committee with performances against Sri Lanka, the Asia Cup champions. 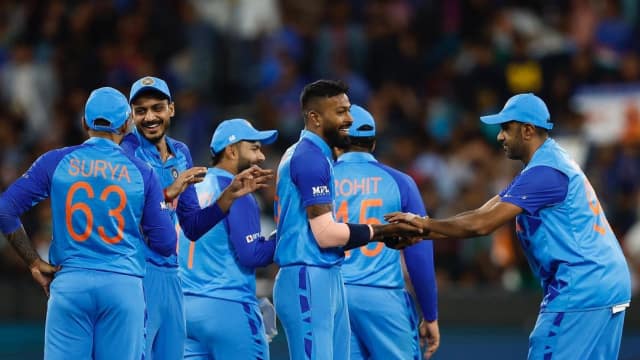 Here is India’s predicted XI for the first T20I vs Sri Lanka:

Ishan Kishan blasted an ODI double century against Bangladesh; he’s already been in the reckoning of the Indian team to start as a left-hander breaking a series of right-handers, and now with the future in T20Is of Rohit, KL Rahul, and Kohli uncertain, Kishan is likely to get a consistent amount of playing time in T20Is. With Pant ruled out of action for a long time after his car accident, Kishan is going to be the wicket-keeper in the white-ball sides.

Gaikwad has an opportunity here to showcase his T20I credentials. The IPL 2021 Orange Cap winner, Gaikwad averages a mere 16 in 9 T20Is for India; the 25-year-old needs to show his aggressive side from the onset of the innings.

Hooda batted out of position for India in recent past, slotted lower down the order. He could get a run at number 3 in this home in T20Is. With a four-for vs New Zealand, Hooda showed he’s no mug with the ball and can take wickets with this off-spin.

Fans and experts believe it finally is the time for the management to give Samson a long run, at least in T20Is after Karthik is dropped and Pant injured. Samson’s 16 T20Is have been spread across 7 years. In 5 T20I knocks last year, he averaged 44 at a strike rate of 158.

Pandya will continue to lead in the T20Is, with reports saying that he will soon be named the new full-time T20I captain too. The all-rounder will be key once again on the ground he knows very well, Wankhede, against Sri Lanka.

Sundar has shown last year, whenever he was not injured, that he has upped his batting, and hitting, abilities, with some extra hits to the fence in the IPL 2022 and recently in New Zealand. The off-spinner is going to be vital for India’s balance until Jadeja returns. Sundar may even hold his position in the XI even with Jadeja. Because this first T20I is at the Wankhede, India are unlikely to go with two spinners, and hence Axar might be benched for someone like Umran Malik.

Harshal and Chahal didn’t get to play in a single game at the T20 World Cup in Australia due to combination and pitches. They both would be keen to show what India missed.

Arshdeep Singh’s rise in 2022 was phenomenal as he was India’s key bowler in the Asia Cup and T20 World Cup despite making his debut only after the IPL. It’s time for India to have Malik gain experience of international cricket as much as possible. He would enjoy the bouncy Wankhede pitch too.