After returning from injury Suryakumar Yadav instantly reminded everyone what Mumbai Indians had been missing in their first two matches – both lost – of their IPL 2022 campaign which has derailed even before the halfway stage of the tournament. He clattered two half-centuries straight on his return – against Kolkata Knight Riders and Royal …

After returning from injury Suryakumar Yadav instantly reminded everyone what Mumbai Indians had been missing in their first two matches – both lost – of their IPL 2022 campaign which has derailed even before the halfway stage of the tournament.

He clattered two half-centuries straight on his return – against Kolkata Knight Riders and Royal Challengers Bangalore, two teams with top-quality pacers and spinners. Against RCB, Yadav had his task cut out when MI were reduced to 79-6 but he managed to drag them to a fighting total of 151, smashing 67 runs off 38 balls. 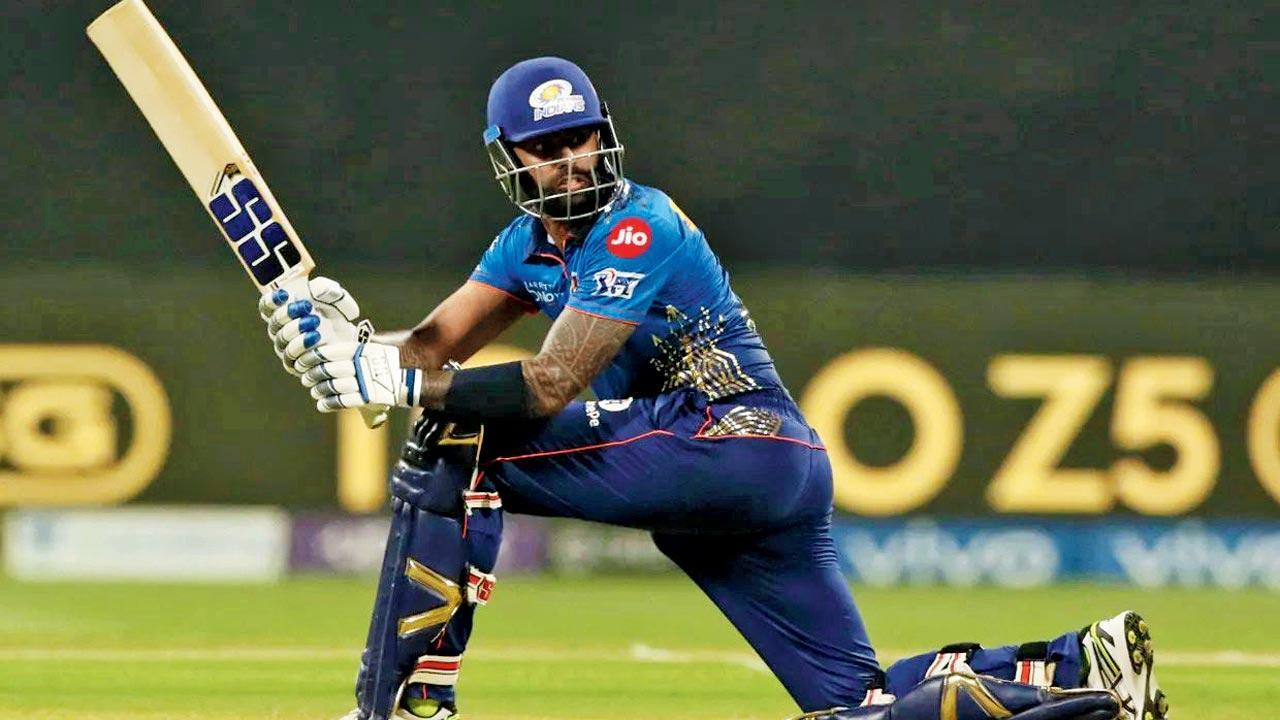 Here are the three chief reasons why Suryakumar Yadav is MI’s Most Valuable Player:

Can bat in different positions and roles

Not many batters have been able to crack the IPL; Suryakumar Yadav had achieved success as a finisher for KKR, before he was put at number 3 for MI in 2018. At that position, Yadav had so immense success, helping MI to two titles, that he forced his way into the Indian team, where he was given the number 4 and lower positions and showed his class in those roles too.

Now, in IPL 2022, with MI trying youngsters at number 3, he’s been asked to bat at number 4 and has delivered instant returns with two top-drawer fifties. In the middle-order roles, SKY starts off as an anchor while keeping a healthy strike rate and then tees off belligerently in the death overs.

Ability to thrive under pressure

In the 2020 season, despite his surreal form, SKY was left out of India’s squad for Australia. In the very next game, which was against RCB led by then Indian skipper Virat Kohli, SKY walloped a memorable match-winning fifty in a run chase where he was under extreme pressure – not for the game in isolation, but to prove that the selectors had made a mistake.

SKY was soon drafted into the Indian team for the home England series and on his first ball in international cricket, he launched England’s most menacing pacer Jofra Archer for a six. Suryakumar has never looked back since and is now a crucial member of India’s T20I team.

He has been put into challenging situations time and again in his career and has come out with flying colours.

While there are a couple of other youngsters who have been labelled as “Baby AB” for their batting similarities with AB de Villiers, no Indian batter embodies the spirit of free-flowing batting and 360-degree range of the South African legend than Suryakumar Yadav.

SKY has all the shots in the book – whether it’s the paddle or the pickup on the leg-side or launching the spinners inside out on the off-side or the hammer down the ground, the late cut to third man and the steer in the fine leg region – and he’s calm while playing his shots.

There is little argument over the comment that Suryakumar Yadav is the best, most in-form Indian T20 batsman at the moment.