RCB were down and out at 87/5 before Dinesh Karthik walked in and took the game away. Dinesh Karthik stepped up for the team third time in a row and gave a solid exhibition of his finishing skills to take his side home. 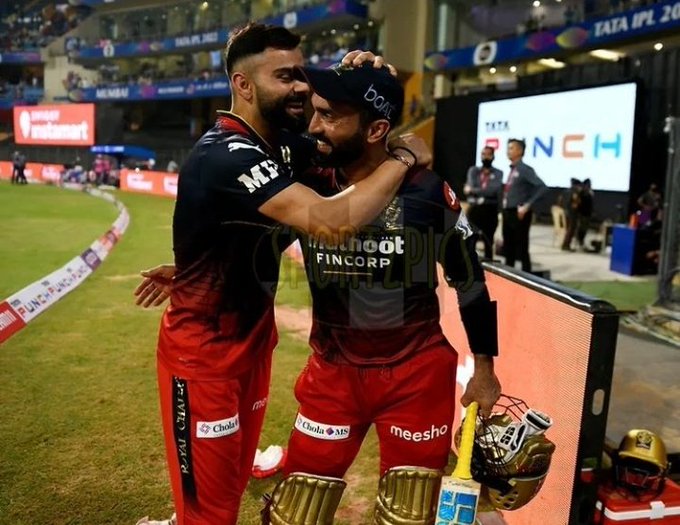 Thrilled after the fabulous win, captain Faf du Plessis won the fans’ hearts at the post-match presentation ceremony. After having praised Dinesh Karthik for his finishing skills and for his deep knowledge about the game, Faf was asked by Harsha Bhogle about him and the keeper batters’ agility on the field, responding to which he said:

“I think you have to [stay fit and move well on the field], you mind has to be like that. My mind is certainly like I wanna go to the most important positions, I wanna run the fastest, I wanna run the furthest, be the fittest. That’s important for DK [Karthik] as well. DK is playing his best cricket. I think he needs to put his name back in the international cricket, doesn’t he?”

Following this, Harsha asked him atricky question whether Dinesh Karthik is the fastest on the team. Answering which, Faf won everyone’s heart. He said: “Virat’s up there! I’ll say that just to please the fans that Virat is the quickest one.”

The video of the same is going viral. Here, watch the video:

Who is the fastest on the field between @imVkohli & @faf1307