IPL 2022: Natasa Stankovic Gave An Epic Reaction After Hardik Pandya&rsquo;s Bat Slipped Out Of His Hands

Natasa Stankovic Gave An Epic Reaction: Gujarat Titans captain Hardik Pandya played another blistering knock to steer Gujarat Titans to a challenging 168/5 against Royal Challengers Bangalore in the ongoing IPL 2022 match at Wankhede Stadium on Thursday. Coming out to bat first, Gujarat Titans got off to a great start as openers Wriddhiman Saha …

Coming out to bat first, Gujarat Titans got off to a great start as openers Wriddhiman Saha and Shubman Gill trashed Siddarth Kaul for 14 runs in the first over of the innings. GT received a big blow as Shubman Gill was dismissed after scoring only one run. 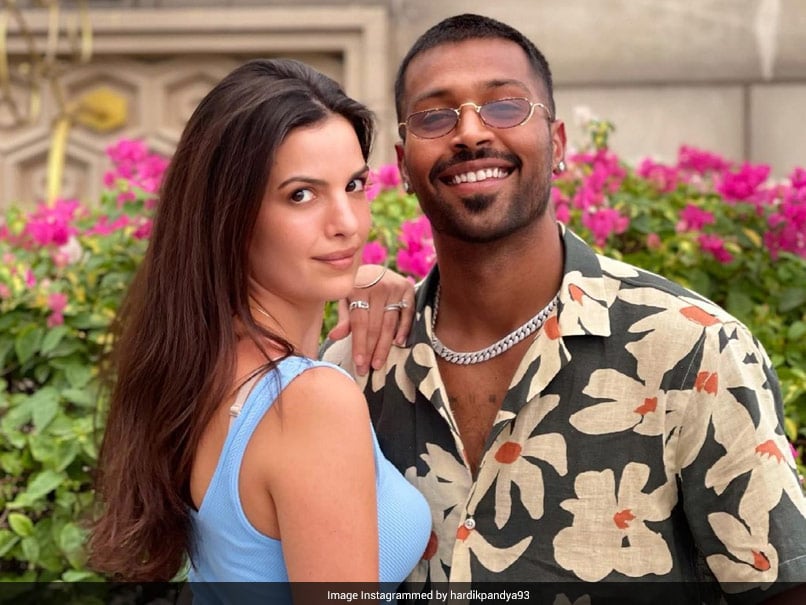 Glenn Maxwell gave another blow as he dismissed Matthew Wade with GT at 38. Wriddhiman Saha was sent back to the pavilion as GT lost their third wicket at 62. David Miller then came to the crease and tried to rebuild Gujarat’s innings with skipper Hardik Pandya. Miller and Pandya formed a brilliant partnership and took their team’s total beyond the 100-run mark in the 14th over as they smashed Glenn Maxwell for 18 runs.

Hardik Pandya turned out to be Gujarat Titans’ top performer from the first innings of the game as he played a stunning knock of 62 runs off 47 balls. He was well supported by David Miller from the other end. Pandya’s knock was laced with 4 fours and 3 sixes.

Meanwhile, a bizarre incident that took place during the 10th over of the match, which took place was being bowled by RCB all-rounder Glenn Maxwell. The incident took place on the last delivery of the over when Hardik Pandya swung so hard that the bat slipped off his hands and went up in the air before it landed near the square-leg umpire.

The incident not just left the fans in shock but also Hardik’s wife Natasa Stankovic, who is sitting in the stands. Natasa was shocked to see Pandya’s bat flying in the air as murmured, ‘what just happened‘. The video of the same has gone viral on the internet.

This was scary and hilarious at the same time clearly. Yes we’re amused @Natasa_Official