Shreyas Iyer is known to have a calm head on his shoulder, brilliant tactical nous and also to be audacious to make bold moves as a skipper. He displayed all of that during his team Kolkata Knight Rider’s defence of a low total of 128 against the Royal Challengers Bangalore on Wednesday evening at the …

Shreyas Iyer is known to have a calm head on his shoulder, brilliant tactical nous and also to be audacious to make bold moves as a skipper. He displayed all of that during his team Kolkata Knight Rider’s defence of a low total of 128 against the Royal Challengers Bangalore on Wednesday evening at the DY Patil Stadium.

Umesh Yadav, who was Man of the Match against CSK, and Tim Southee, who is playing his first game of the season, rocked RCB early on with three wickets combined in the powerplay, showcasing elite new ball swing and seam movement bowling by dismissing Anuj Rawat, Faf du Plessis, and Virat Kohli, reminiscing the demons of 49 all-out in the minds of RCB fans.

Then the game proceeded at snail’s rate with David Willey and Sherfane Rutherford’s partnership yielding 45 runs off 53 balls, as Narine and Chakravarthy tied them down. After Willey’s dismissal, Shahbaz Ahmed came in and hit a few blows, scoring 27 off 20 balls.

The game was brought down to RCB needing 24 runs off the last three overs. With Rutherford set, Dinesh Karthik just walked in, and Wanindu Hasaranga to follow, this seemed RCB’s game.

This is where the smarts and audacity of Shreyas Iyer kicked in. He had only one of Tim Southee – who had figures of 3-0-13-1 till then – up his sleeve, and two of the expensive Andre Russell who had leaked 26 runs in his two overs in a low-scoring game. 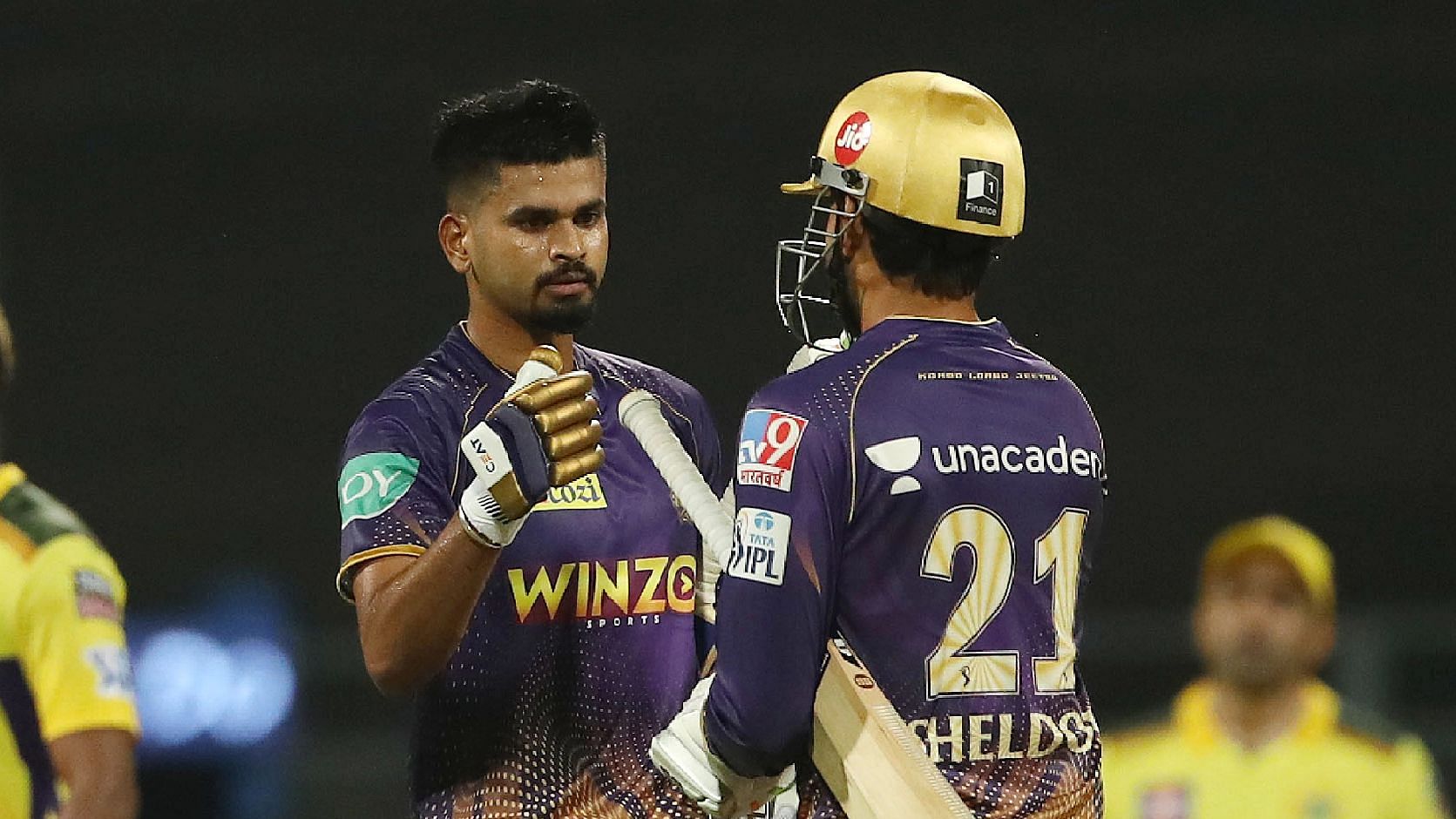 While the general thought would have been to bowl Russell the 18th and the 20th, and Southee the 19th, Iyer knew the importance of wicket as early as possible in T20 cricket. So, he brought on Tim Southee, the experienced Kiwi who had bowled really well till then, for the 18th over. This would mean only one over for Russell and then Iyer would have to call Venkatesh Iyer to bowl another over.

Shreyas’s punt worked: after starting with a wide, Tim Southee delivered a brilliant 18th over, conceding just 7 runs, but importantly dismissing Rutherford and Hasaranga and shifted the balance of the game again. Southee was terrific with his lengths, he didn’t attempt to bounce the batters or york them; he stuck to his length and back of length deliveries and got rid of two dangerous batsmen.

This master move by Shreyas brought KKR back into the game.

However, Venkatesh Iyer conceded 10 runs off the 19th over, before Russell was smacked for a six and a four by Karthik to complete the run chase.

“I really found this game exciting. Before getting in, I spoke with my boys and told them that this game is going to define our character and attitude on the field no matter we defend or not. The way we fight it on the ground, that is really going to reflect our mentality in the next few games,” Iyer said.