Kieron Pollard is an IPL legend and a T20 great. Period. However, it seems that the Mumbai Indians have decided to part ways with one of their greatest-ever players, as reports suggest that the five-time champions have released Pollard ahead of the IPL 2023 auction.

As a young 23-year-old whose name was starting to grow as a powerful T20 ball-smasher, Kieron Pollard had joined Mumbai Indians back in 2010, and the franchise has kept him since, either retaining him or roping him back using the RTM (in 2018 mega-auction).

The West Indian had repaid the faith handsomely: Pollard has played a significant role in all of MI’s 5 title wins, including playing match-winning knocks in the 2013 and 2019 finals vs CSK.

But, as all good things come to an end at some point, this association between one of the greatest T20 cricketers and arguably the most successful T20 franchise has come to an end. Justifiably though.

Here are 3 reasons why the Mumbai Indians’ decision to release Kieron Pollard is correct: 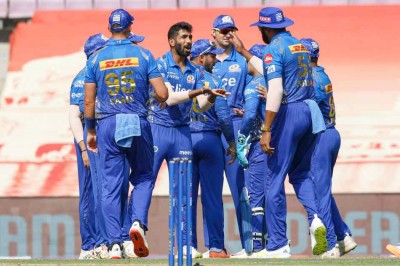 The primary reason for a player getting dropped or released is his form. Pollard suffered perhaps his worst-ever IPL season in 2022: 11 games, 144 runs at an average of 14 with a strike rate of 107. He was a pale shadow of what he’d been in the last three seasons.

He had some impressive outings in The Hundred, but then had really disappointing returns in the CPL - an average of 14 and a strike rate of 98 - too.

Pollard had already retired from international cricket - announcing his decision during the IPL 2022 season when he was still the West Indies skipper - so poor returns in the CPL and the IPL 2022 don’t make a strong case for his retention.

Dewald Brevis, Tim David, Tristan Stubbs, Daniel Sams, and add Jofra Archer and the new squad member Jason Behrendorff too - these are 6 overseas slots that MI is likely to retain out of the 8 possible. They would want to fill the two remaining overseas spots in the auction with in-form and more useful players than Pollard was last season and can’t bank on him returning to form next year.

In fact, Tim David had already proven himself at this stage when he replaced Pollard in MI’s eleven; Pollard was dropped during the season for the last 3 games giving David the platform to showcase his skill and power, and temperament. David is also now part of Australia’s T20I side, so is Stubbs for South Africa.

No amount of physical or materialistic power can stop time and aging. The body slows down. The reflexes get slower. After the IPL 2022, Pollard underwent a knee operation which cut down his Blast stint and on his return he had a dismal CPL 2022 while leading Trinbago Knight Riders who failed to make it to the knockouts for the first time.

With a heavy heart, Mumbai Indians have to let Kieron Pollard go.