IPL 2023 Auction: 3 Franchises That Might Target N Jagadeesan In the Mini-Auction

IPL 2023 Auction: 3 Franchises That Might Target N Jagadeesan In the Mini-Auction

Tamil Nadu batsman Narayan Jagadeesan recently shattered world records during the Vijay Hazare Trophy 2023 as he became the first-ever batsman in the history of the game to hit five consecutive List-A centuries, the last of which was a mammoth inning of 277 runs off 141 balls - the highest-ever individual List-A score in men’s cricket.

This tournament and his form made the decision of the Chennai Super Kings to release him look....foolish. It was just days after CSK had released him from their squad that Jagadeesan turned on just a beast mode.

Narayan Jagadeesan had been part of the CSK squad for the past 5 seasons - from 2018 to 2022 - but only got to play in 7 matches, and only 2 in IPL 2022 after the team had been eliminated from the playoff race.

He was bought by CSK for his base price of 20 lakhs. Now that he has broken and created world records, Narayan Jagadeesan would expect himself to fetch a lot more at the upcoming IPL 2023 mini-auction. 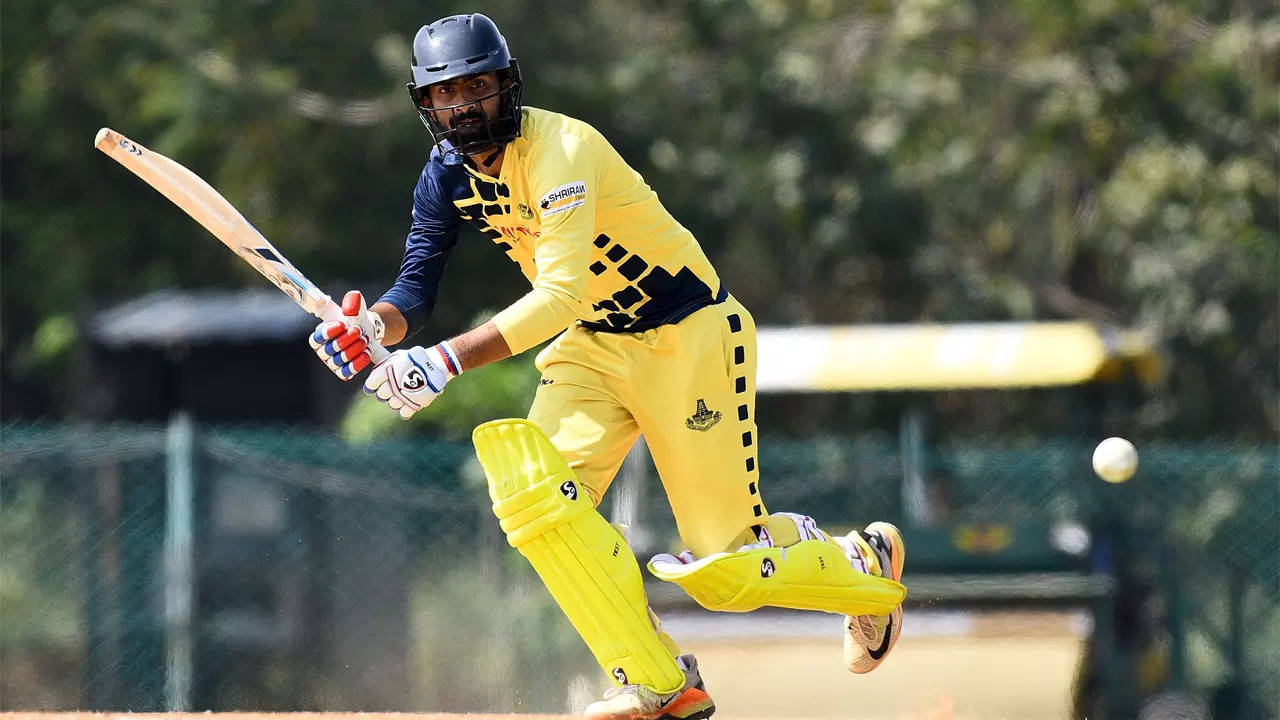 Here are 3 teams that could bid hard for Narayan Jagadeesan at the IPL 2023 auction:

The KKR is one franchise who are certain to go after openers in the forthcoming IPL 2023 mini-auction. For they have released most of the many openers they tried last season; Alex Hales, Aaron Finch, Ajinkya Rahane, Sam Billings, and Baba Indrajith have all been released, and only Venkatesh Iyer has been retained but he has been playing in the middle-order for Madhya Pradesh.

This could mean that N Jagadeesan, the record-breaking Tamil Nadu opener, might be in the sights of KKR. KKR struggled with the opening combination last season with no batter performing well in those positions. Jagadeesan brings a stable head and an opener who can make use of the field restrictions and also play the anchor role.

After releasing Kane Williamson, their captain and opener, along with Nicholas Pooran and Priyam Garg, will be also in the hunt for a top-order batter, not necessarily an opener, but someone who can bat in the top 4, and complement the aggressive likes of Abhishek Sharma, Rahul Tripathi and Aiden Markram.

SRH will head into the IPL 2023 mini-auction with the biggest purse of INR 42.25 crore. So one can expect that they will go after Jagadeesan, a hot commodity currently.

It seems that CSK had not been impressed by N Jagadeesan’s performance last season and decided to release him, but the youngster got only 2 innings to play, in one of which he scored 39* runs off 33 balls against Gujarat Titans.

There are two factors that CSK could consider if they decide to go after Jagadeesan. First, Robin Uthappa has retired from the IPL, and they would be happy for his position to be taken by a batter who they have observed closely over the past five seasons.

Second, the IPL will be returning to the home and away format from next season, so CSK will want the middle-order batters who can play spin well at Chepauk, and not many better batsmen than Jagadeesan will come up in the auction who’d fulfill this requirement as Jagadeesan has played all his high-level cricket in Chepauk.