Royal Challengers Bangalore went through major changes ahead of the 2022 edition of the Indian Premier League. Batting maestro Virat Kohli gave up his captaincy duties and Faf du Plessis was named as the new captain of the franchise. Under the leadership of du Plessis, RCB qualified for the playoffs, however, they lost to the eventual runners-up Rajasthan Royals in Qualifier 2. RCB is yet to get their hands on the prestigious IPL trophy as they are yet to win a tournament since the maiden edition and they have been chasing it for a long time now. The RCB squad will be hoping to get the trophy home in the upcoming edition of the IPL.

Talking about the players released, among others, Jason Behrendorff and Sherfane Rutherford were the big names. However, RCB didn't go for any major changes in their squad as they released only five players and managed to retain their core squad. 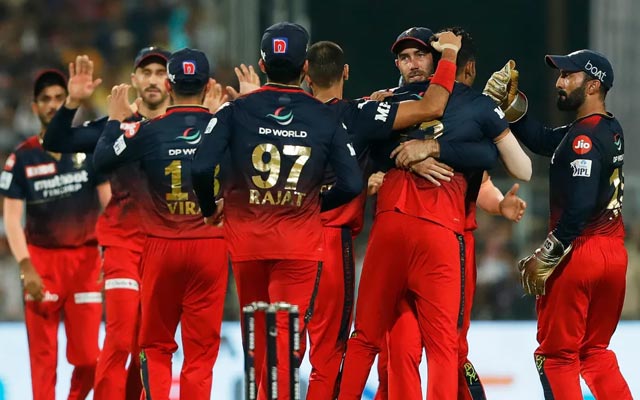 Among the key overseas players to be retained in the Faf du Plessis-led team are Glenn Maxwell, David Willey, and Wanindu Hasaranga. Seasoned stars Virat Kohli, and Dinesh Karthik along with bowlers Harshal Patel and Mohammed Siraj were among the Indian players who will be seen playing for the franchise in the upcoming seasons.

After retaining the aforementioned list of players, Royal Challengers Bangalore have INR 8.75 crore left in their purse. RCB will go into the auction with an additional Rs 2.2 crore in their kitty.