Mumbai Indians Suffer A Big Blow Ahead Of IPL 2023

Mumbai Indians were a happy bunch at the conclusion of the IPL 2023 auction, on December 23 in Kochi. However, similar to last season, injury and its scares to key players are haunting them.

While MI are happy to learn about the recovery progress of Jofra Archer and Jasprit Bumrah - both of whom will be making their international returns this month - Mumbai are currently sweating over fresh injuries to their Australian signings - Cameron Green and in the latest Jhye Richardson.

Perth Scorchers fast bowler Jhye Richardson left the field after bowling 3.4 overs against Sydney Thunder in their clash on Wednesday in Perth. Richardson, one of the fastest bowlers going around in the world, was snapped up at his base price of 1.5 crore by Mumbai Indians in the IPL 2023 auction to bolster their pace attack.

Will Jhye Richardson play in IPL 2023 for Mumbai Indians?

Jhye Richardson will play in the IPL 2023 if he avoids further injuries and relapses of his current hamstring injury.

It has been reported that Richardson has been ruled out for “two to three weeks” with a hamstring strain. Perth coach Adam Voges is even hopeful that Richardson could be back for the BBL finals if the Scorchers qualify. 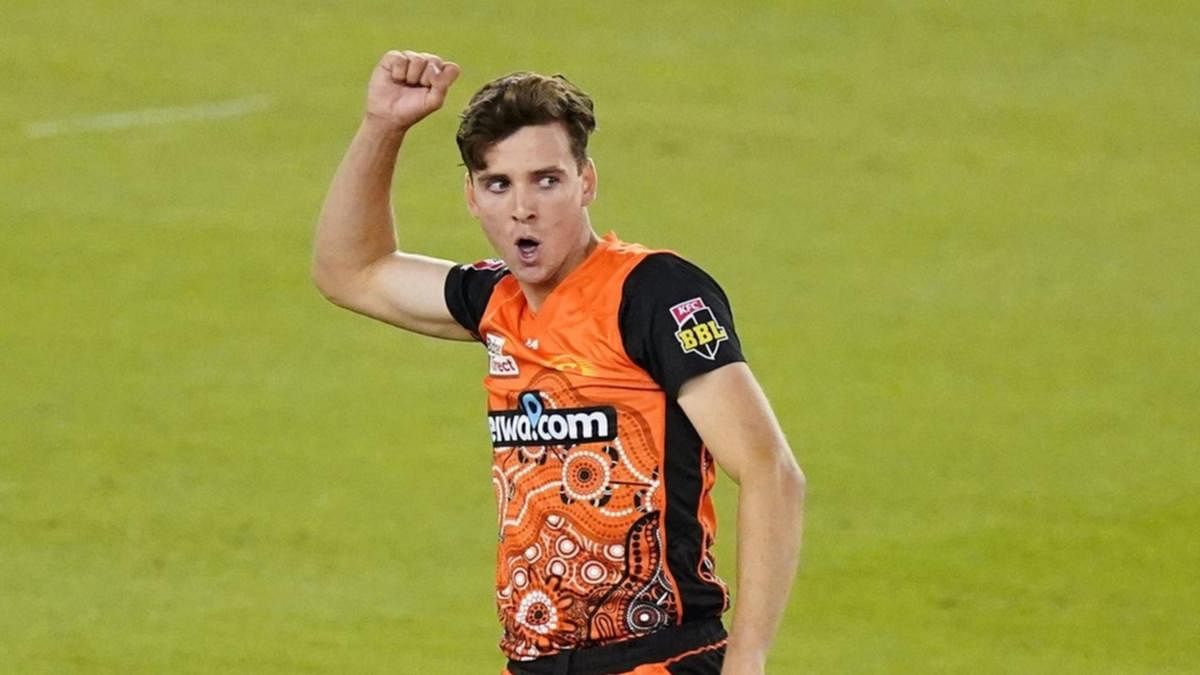 Scans on Thursday confirmed he had suffered only a minor strain but Scorchers are likely to be cautious with him given his soft-tissue injury issues in the past two seasons, and he will not be rushed back.

“It’s on the very minor end of hamstring strains, two to three weeks,” Voges said on Friday. “We’re certainly hopeful that we’ll see him before the end of the tournament again.

“I think you need to [be cautious], certainly with someone of Jhye’s calibre. But we’ve got a world-class medical staff here. And I’ll trust them to put the work in with Jhye over the next two weeks. And hopefully, we’ll see him back and we’ll get him back on the park as soon as possible.”

Not too long ago, Richardson had been dealing with “a variety of niggles including a bruised heel” which forced him to miss 4 of the first six Sheffield Shield matches for Western Australia.

Jhye Richardson has been on fire in the BBL so far: with 15 wickets in 7 matches at 12, he’s the second-leading wicket-taker of the tournament.

Regarding Cameron Green, Australia and Mumbai Indians are optimistic that the all-rounder will be fit in time for the 4 Test series in India. Green, who was bought by MI for INR 17.6 crore, suffered a finger injury in the MCG Test against Australia when he copped a blow from Nortje and has a broken index finger.

Has Cameron Green been ruled out of the IPL 2023?

Not yet. At the moment, Green will only miss the SCG Test against South Africa. It has been learned that he could even get fit in a month’s time and would be available for the 4 Test series in India, starting February 9.