If you have started watching the IPL only in recent years and, after seeing this head title, were left wondering, ‘Wait, did Pakistani players play in the IPL?’ Well, not only did they feature in the IPL, three of them were part of the 2008 title-winning franchise, Rajasthan Royals. But, their participation in what became …

If you have started watching the IPL only in recent years and, after seeing this head title, were left wondering, ‘Wait, did Pakistani players play in the IPL?’ Well, not only did they feature in the IPL, three of them were part of the 2008 title-winning franchise, Rajasthan Royals.

But, their participation in what became the richest and biggest T20 league in the world was only limited to the inaugural season as after that the board opted to not include them considering the political tensions between the two neighbouring countries.

So, here are the salaries or the price tags of the 11 Pakistanis who played in the IPL 2008:

Senior Pakistani pacer Sohail Tanvir played a significant part in RR’s title win: with 22 wickets, Tanvir was the tournament’s leading wicket-taker and also hit the boundary on the last ball of the final vs CSK to clinch the title.

Wicket-keeper Kamran Akmal was signed by RR for 60 lakh and scored 128 runs in the 6 matches he played with a best of 53*, his only fifty in the season.

Shoaib Akhtar was amongst the sought-after cricketers in the inaugural auction, roped in by KKR for a hefty sum of1.7 crore. The Rawalpindi Express, however, turned up very late for the tournament and got to play in only three games – but set KKR’s season on fire straightaway with a thunderous spell of 4/11 vs Delhi Daredevils.

The third Pakistani cricketer in the KKR squad, Umar Gul bowled in half-a-dozen games in which he snapped up a dozen wickets with a best of 4/23 vs Kings XI Punjab.

Bought by KKR, left-handed Pakistani opener Salman Butt featured in 7 matches wherein he managed 193 runs with one half-century to his name.

KKR did show a lot of faith in the Pakistani cricketers as Mohammad Hafeez was the fourth from the country to represent them. The right-hander, though, couldn’t make a big impact – in 8 matches he managed to collect only 64 runs with a best of 16, and picked up couple of wickets with the ball.

Shahid Afridi was bought for a whopping 2.71 crore by Deccan Chargers. The legendary all-rounder, however, failed miserably with the bat – managing only 81 runs in 10 matches but picked up 9 wickets with the ball in the season where the Chargers finished at the bottom of the table.

Developed a tag of a finisher and lower-order hitter, Misbah-ul-Haq was acquired by the Royal Challengers Bangalore for a little over 50 lakh. He played one good knock, of 47*, but was rather largely disappointing, gathering 117 runs in 8 matches

Amongst the most in-form international batsmen at that point, Younis Khan was bought by Rajasthan for a little over 90 lakh but the senior Pakistan batter only got to play in one match in which he scored 3 runs. But, hey, Younis Khan is an IPL winner.

One of the finest swing bowlers of all-time, Mohammad Asif eked out 2.6 crore by Delhi at the auction table. Asif paired up with the likes of McGrath, Mahroof and Vettori to help DD to the semi-final. Asif snared 8 wickets in as many games. 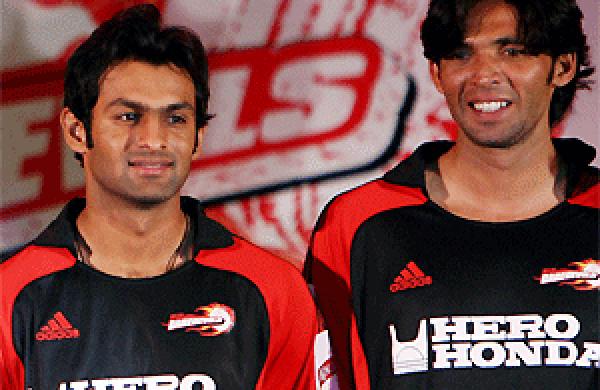 Former Pakistan captain Shoaib Malik was a hot commodity in the auction room for his all-round qualities; it was the Daredevils who bought him for 2 crore. Malik, though, didn’t live to the expectations, scoring merely 52 runs in 7 matches along with picking up a couple of scalps.

Also Read: Top 3 Teams Who Have Scored Over 400 Runs Most Times In ODI cricket