"Virat Kohli Is A Much Bigger Alpha Than Me," Says RCB Captain Faf du Plessis

How do two big superstars, two of the best players in the world, and two Alpha males co-exist in the same team? “You don’t try and compete” - if you take Faf du Plessis’ advice, after leading a Royal Challengers Bangalore team that had in it perhaps the biggest superstar currently in world cricket: Virat Kohli.

Faf du Plessis was bought by RCB in the IPL 2022 mega-auction with the primary purpose of having an experienced captain to lead the franchise after Virat Kohli stepped down as the skipper last year. The former South African captain led the team very well into the playoffs where they defeated LSG in the Eliminator but went down to RR in Qualifier 2, failing one step away from the final.

Faf du Plessis himself is quite an Alpha man. Yet, he considers Virat Kohli as a “bigger Alpha” than himself.

In a lighthearted conversation with The Grade Cricketer, Faf said this on captaining Kohli: “He’s a much bigger Alpha than me. You don’t try and compete. The ego is the thing where peacocks generally clash. Then like the feathers come out and you want to see who has got the shiniest in the room. Luckily, I get that about people and relationships.

“I don’t try and outshine someone else in the dressing room. I try and build a relationship. With Virat, that was exactly my point of entry.” 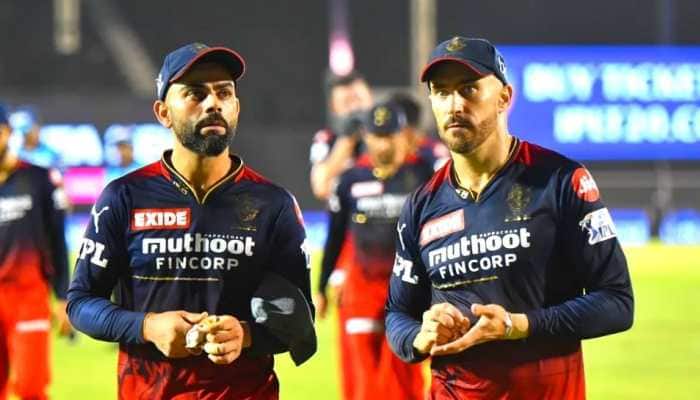 The 38-year-old who had played against Kohli for a long time before joining forces has been left in awe of Kohli’s energy on the field.

“I had played against him for so long. He is one of the most competitive guys in the world of cricket to play against. You sit there and you go – how does this guy have so much energy?” expressed Faf.

“Every single time a wicket falls, doesn’t matter if it’s a No.11 or an opening batter, his passion for celebration is like you just have to go, ‘I’ll take my hats off to you’. He’s superhuman.”

He added, though, that Kohli’s off-field demeanor is very warm.

“When you play with him, you see there is the other side, which is this caring guy that just wants to play cricket, and actually a really family guy. He’s amazing,” the RCB captain stated.

Faf du Plessis has been retained by RCB for IPL 2023 and is expected to lead them again.