5 Reasons Why Umran Malik Is The Most Exciting Indian Cricketer

Umran Malik is one bowler who has generated a lot of buzz and interest among the keen cricket observers. After making his name in last edition's IPL with his blistering pace and searing exhibition of fast bowling, Malik found his way in the Indian side and is now finally getting a run of games to prove what he's made up of. All the signs are there to ensure that this is the year of Umran Malik 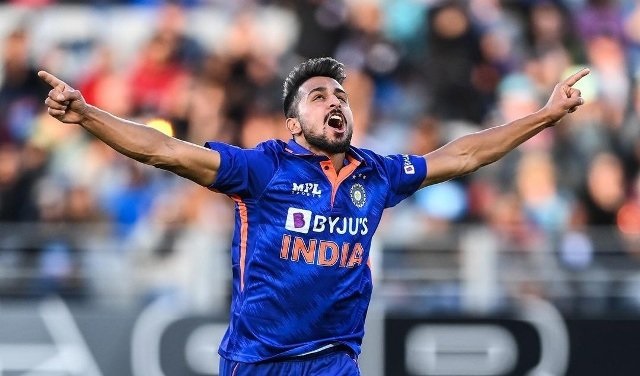 Here are five reasons proving why-

Indian pacers over the years had built a reputation of being docile and harmless when it came to troubling the speed guns. They could bowl the odd ball that went over 140 kmph, but that was as good as it got for them, because they sacrificed pace for accuracy. But Umran brings pace by the bag. He touches the 150 mark with such alarming consistency that sometimes the batsmen are frazzled before even attempting the shot. India have been yearning for a pacer like this and in Umran they have just happened to find the right one.

2. Can conjure something out of nothing

Umrans ability to get a wicket out of nothing is something that holds him in good stead. He could be having a very ordinary over and then boom, he gets one or two quick wickets out of nowhere and brings the side right into the game. Case in point being the Sunrisers game vs the Gujarat Titans, where he bowled brilliantly and single-handedly bought his side back in the game. You need to have a bowler who can summon magic from nothing, and Umran brings this in spades.

The young quick is not a one trick pony by any means. While he knows his strength is express pace, he does know that pace can only take him so far, which is why he will have to add a few more bows into his quiver of tricks. And he has begun working on it in right earnest. He is learning to bowl the right lines, and inculcate subtle variations as well. A multifaceted Umran only bodes well for India.

While the rest of his counterparts have fallen by the wayside due to a spate of injuries, Umran has been diligent as well as fortunate to be blessed with a clean bill of health. And he has not taken that for granted, with the pacer taking all the necessary steps to keep himself fit and healthy. A healthy bowler is a much more important contributer than the one who is talented and has a spate of injuries to hamper his career.

Umran is fearless, in the sense that he will not change his pace even though he is being taken to the cleaners. And this is what separates him from the rest. The fact that he is persistent in his approach is a major reason why he gets those key wickets. And it is a major reason why Umran will be a hit in 2023.