There is good news for the cricket lovers associated with Delhi-NCR and surrounding districts. The construction of the long-proposed international cricket stadium in Ghaziabad may start from January next year. After the intervention of Union Minister General VK Singh, the Uttar Pradesh Cricket Association has agreed to start the construction of the stadium soon.

The stadium will be constructed within two years

After this the MP and Union Minister has tweeted – Good news for the people of Ghaziabad. For years we all had a dream to have an international level cricket stadium here. After removing all the hurdles and obstacles, now this dream is going to come true. Its construction will begin in January 2023, and will be completed in two years. dispute resolved.

It is expected that the dispute of the Uttar Pradesh Cricket Association, which has been going on for the last three years with the Ghaziabad Development Authority regarding the electricity department and the FAR, regarding the removal of the high tension line wire from the stadium land, will now be resolved in the next two months.

International Cricket Stadium Project at a Glance The Uttar Pradesh Cricket Association (UPCA) has been working on the plan to build its first international stadium since 2015. The UPCA had earlier told to build the stadium on 22 acres out of the total 32.5 acres in the map submitted to the GDA. A map of the operation of five star hotels, hostels and other activities on the land was included. The land use of about 12 acres of land is for agriculture and others. The matter of changing it is under consideration with the government. 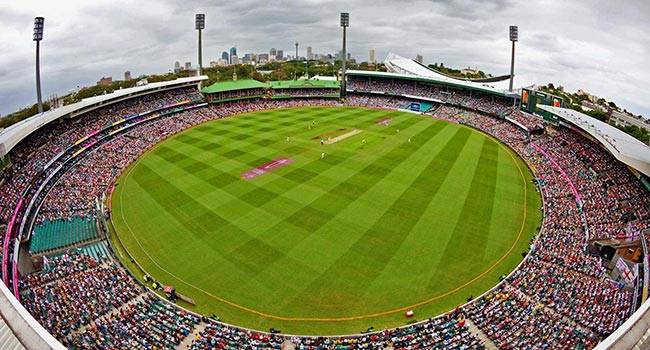 At the same time, the issue of increased Floor Area Ratio (FAR) has not been settled yet. After the intervention of VK Singh, the bottleneck was removed
Let us inform that as per the rules of Ghaziabad Development Authority, 0.5 FAR is allowed for construction, while UPCA is demanding 1.50 FAR for the stadium. On the vacant land of the stadium, the Electricity Corporation has installed a tower of 400 KVA capacity by pulling the high tension line. The cost of its removal is said to be Rs 14 crore. After the intervention of General VK Singh, now the UPCA has agreed to remove it on its own. The construction of the stadium will be completed in two years.

Ghaziabad MP VK Singh has told that its construction will start in January 2023 and the work will be completed in two years. Along with this, he has also posted a photo of what the proposed stadium will be like. If the work goes on time, then in the year 2025, Ghaziabad will get the gift of this stadium.

This stadium will be built in 20 acres, which will have a seating capacity of 50 thousand spectators. Other commercial activities including five star hotel hostels will be distributed on the rest of the land. A large number of employment opportunities will be created by the construction of the stadium. In the first phase, seating arrangement for 25,000 spectators will be made.