The younger son of India head coach Rahul Dravid -- Anvay Dravid is all set to lead the Karnataka under-14 side in the inter-zonal tournament (South Zone). The tournament is scheduled to be played between January 23 and February 11 in Kerala.

Anvay is a specialist wicketkeeper-batter. Apart from his keeping skills, the teenager is also known for his batting prowess. He also bowls occasional right-arm off-spin. He plays junior cricket for Karnataka and has often grabbed the limelight for his amazing performances with the bat. Anvay has been rewarded for his hard work and consistency with the bat. Back in 2020, Anvay had fallen short of a ton but made headlines for his crucial fifty in the semi-final match of the BTR Shield Under-14 Group 1. 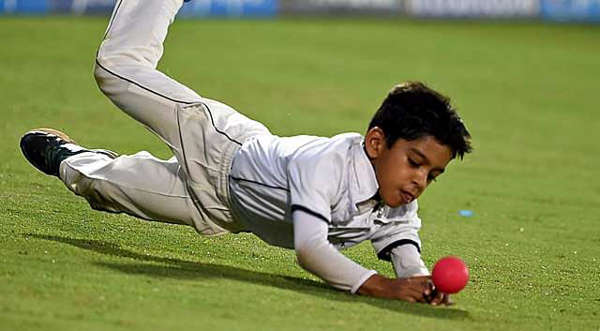 It has to be noted that Rahul Dravid, who is hailed as the "wall of the Indian cricket team", was Team India's full-time wicketkeeper in Tests and ODIs for a certain period. He took up the duty of keeping when the Indian side was struggling for a wicketkeeper-batter. With all the newcomers struggling to cement their spot, Dravid took the responsibility for a short period, before MS Dhoni came into the scene. After Dhoni's arrival saw Dravid playing as a specialist batter.

Notably, Anvay is still a newcomer and will look to emulate his father's records. Dravid's elder brother, Samit is also a cricketer. Samit grabbed all the limelight when he slammed 2 double hundreds in the 2019/20 season at the U-14 level. Samit also made a name for himself in the Under-14 level and now Anvay is all set to follow in his brother's footsteps.

Anvay aspires to be a world-class cricketer just like his father was. Given how acclaimed his father was, Anvay has a big repute of expectations to live to. Talking about Anvay's stats, playing for Mallya Aditi International School, scored 118 runs in three innings with 110 being his best score at the Under-12 level back in 2019.