Team India and their billion fans’ dreams were shattered by Jos Buttler and Alex Hales as the England opening duo blasted 170 unbeaten runs in 16 overs to kick India out in the T20 World Cup 2022 semi-final. India had failed to qualify for the semi-finals last year in the UAE with largely similar players.

With two consecutive embarrassing exits in T20 WCs, Indian selectors need to move to from the players from haven’t lived up to the expectations. Tough calls need to be made and some of the seniors need to be shown the door. 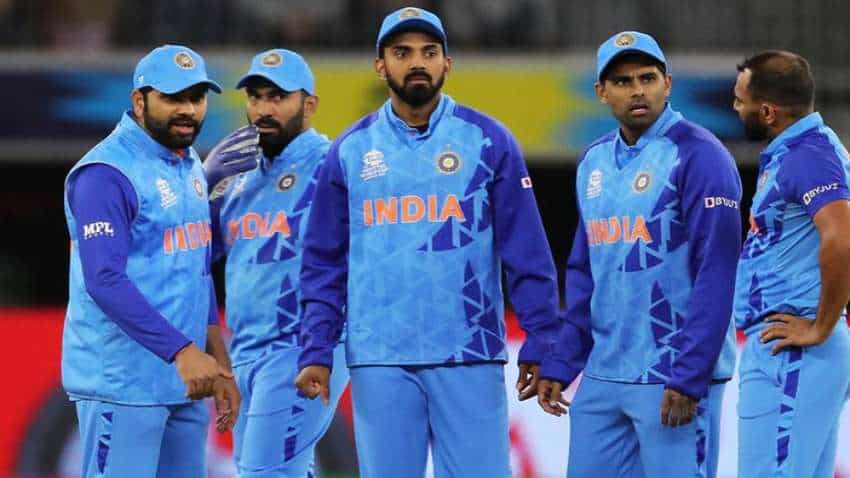 Here are 3 Indian players from the T20 World Cup 2022 squad who probably will never play T20Is for India again:

India played Ashwin throughout the tournament ahead of leg-spinner Yuzvendra Chahal to add batting depth, which came to the rescue in matches against Pakistan and Bangladesh.

But now it seems the correct time that India dispenses with the 36-year-old off-spinner from the T20I format. Washington Sundar has regained his fitness and, in fact, might have been ahead of Ashwin last year had he not been injured.

Dinesh Karthik has not been selected for the upcoming T20I series in New Zealand. So it is a clear indication that the selectors have already moved on from Karthik, who made a return to the T20I side at the age of 37 in the role of a specialist finisher.

He had a great season with RCB in 2022 - 330 runs at a strike rate of 183 - and also cemented his place in the side with crucial performances against top sides ahead of Rishabh Pant leading into the tournament. However, Karthik couldn’t perform to the expectations in the T20 WC - 14 runs in 3 innings at a strike rate of 63 - and was dropped, replaced by Pant in the last league game and for the semi-final. In all likelihood, Karthik has played his last for India.

Mohammed Shami made a surprise return to the Indian T20I side after the injury to Jasprit Bumrah and having plenty of experience in Australian conditions was the reason given for his inclusion in the squad.

Shami, however, didn’t really light up the tournament, picking 6 wickets in 6 games at an economy of 7.15. Shami hadn’t played any T20Is between the two T20 World Cups, but was a late call-up to the side.

Now, however, as India looks to build for the 2024 T20 WC, it is pretty much expected that Shami won’t be part of their scheme of things going forward in the shortest format; there are a number of young pacers to be given experience and also to let Shami focus on the other two formats.