Mahendra Singh Dhoni has been an influential figure in the history of Indian cricket, which goes without saying. He has been the witness to a number of historic moments while on the pitch. Who can ever forget the six that he hoisted over long-on to seal the 2011 World Cup for India? Or the spectacular …

Mahendra Singh Dhoni has been an influential figure in the history of Indian cricket, which goes without saying. He has been the witness to a number of historic moments while on the pitch.

Who can ever forget the six that he hoisted over long-on to seal the 2011 World Cup for India? Or the spectacular diving run-out that helped India keep their dreams alive in the T20 World Cup in 2016 as they knocked Bangladesh out on the last ball of the match? There are many such instances that the former Indian skipper has been a part of which will be etched in the memories of the Indian cricket fans forever, both with the gloves as well as with the bat.

But do you know that there are quite a few historic moments that MSD has witnessed while standing at the non-striker’s end? In the following lines, we will have a look at these incredible instances as the former Indian captain watched on his colleagues to create history from the best seat available in the stadium.

The one and only Sachin Tendulkar was the first man to score a double century in international cricket, ODI’s to be precise. He scored it in the 2nd ODI against South Africa during the three-match series at Gwalior as India posted a huge 401 runs on the scoreboard for the visitors to chase down. While Tendulkar reached the milestone, it was Dhoni whom he had at the other end of the pitch, as both of them remained not out.

On a pitch that looked conducive for batting, Sachin did not pull any of his punches as he attacked the South African bowlers from the word go and brought up a quickfire double century off just 147 deliveries. He looked in complete control of all his shots as he toyed with the likes of Jaques Kallis, Charl Langeveldt, and Dale Steyn throughout his innings.

After the dismissal of Yusuf Pathan, Dhoni came in and slaughtered the already distressed looking South African bowlers to score a speedy 67 off 35 balls. His support helped the little master to become the first double century in Men’s ODI cricket and etch his name in the history of world cricket. 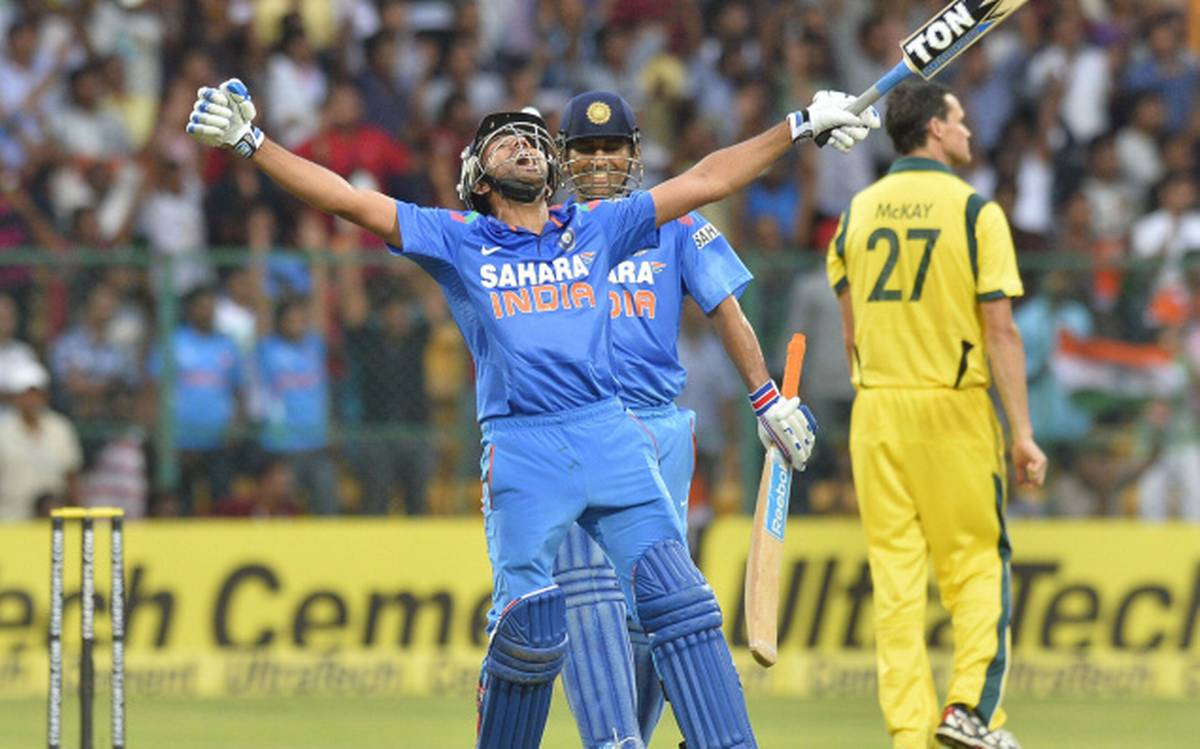 2013 was a memorable year for the current Indian vice-captain Rohit Sharma, as he won his first IPL trophy as the captain of Mumbai Indians and also scored his first double century against Australia in the decider of the 7 match ODI series that was played at Bengaluru.

Sharma started off in a calm and composed manner and went for the big shots later in the innings, as he carried his bat through to bring up his maiden double ton, a feat he has repeated twice more in his career so far. It was Mahendra Singh Dhoni standing at the other end of the pitch as Sharma reached this incredible milestone off the bowling of Clint Mckay. Dhoni himself made a quickfire 62 off 38 balls before he was run out on the penultimate delivery of the Indian innings. 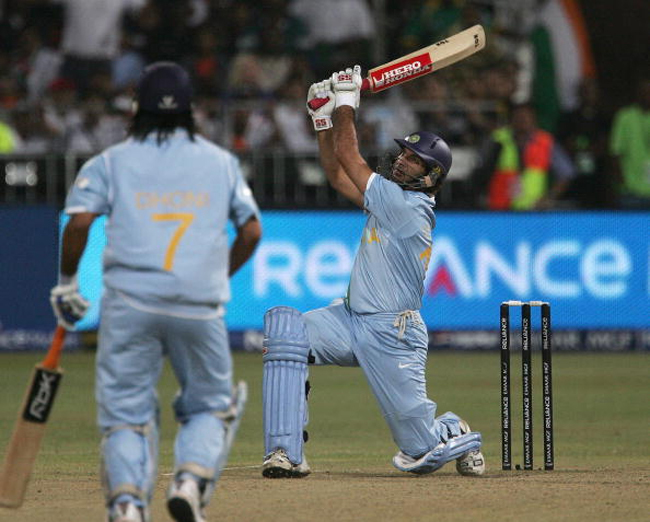 Dhoni made quite an impact as the captain of the Indian cricket team as he earned his very first trophy at the inaugural T20 World Cup in 2007. He had a brilliant young side at his disposal, one of his main weapons being the flamboyant southpaw Yuvraj Singh, who hoisted the ball out of the park six times in one over against England and become the first man in T20 internationals to do so.

The Indian captain watched the carnage from the other end of the pitch as Yuvraj slaughtered the English bowler Stuart Broad to score 58 runs off just 16 deliveries and put India in a commanding position in the Super 8 stage match. Dhoni scored a sedate 10 runs off 8 balls and remained not out till the end.

The year 2010 was one to remember for Sachin Tendulkar for sure. Apart from scoring the first double ton in men’s ODI cricket, he went on to score his 50th test century in the 1st test against the same opposition, i.e., South Africa in the first test of the series at the Centurion.

With Dhoni watching from the other end of the pitch, who made 90 runs himself in the second innings of the match that India eventually lost by an innings and 25 runs, Tendulkar notched up his 50th ton in test cricket as he scored an unbeaten 111.