In this post, we have listed 4 established T20 players who will not feature in the upcoming T20 World Cup 2022.

The T20 World Cup 2022 in Australia will begin on October 16 with the preliminary qualifying round, and the Super 12 phase will kick off on October 22. The final, to be staged at the iconic MCG, will be played on November 13 after the two semi-finals in Sydney and Adelaide.

Hosts Australia are firm favourites to win the title after claiming their first-ever T20 World Cup 11 months ago in the UAE.

Even though the turnaround time between the two T20 World Cups has been a short one, there have been some significant changes in a few teams - there have been captains who have retired or sacked; selectors have also moved on from some big-name T20 players for various reasons.

Here are 4 established T20 players who will not feature in the upcoming T20 World Cup 2022: Chris Gayle last played for West Indies at the T20 World Cup last year. And although the left-hander hasn’t announced any retirement from T20I internationals, he hasn’t been called up, and there’s no news about him taking retirement; maybe he’d like a farewell match in front of his home crowd.

Gayle recently was part of the St Kitts And Nevis Patriots that won the inaugural 6ixty, but he scored only 62 runs in 5 knocks at a strike rate of 108 batting in the middle-order. Gayle had opted out of the CPL 2022 making it clear that he was not putting any effort to return to the WI team for T20 WC.

It is quite a striking fact that the biggest ICC showpiece event of the year will not feature one of the premier all-rounders in the world: Andre Russell. Russell, who hasn’t played for WI since the T20 WC last year, wasn’t included in West Indies’ squad for the T20 World Cup 2022.

He’s had issues with the WI board and management, but the selectors said his form was the main reason for his non-selection: Chief selector Desmond Haynes said that they were “not convinced yet” about the all-rounder’s form.

In the Hundred tournament in England, Russell smashed 148 runs for runners-up Manchester Originals at a strike rate of 168, walloping 12 sixes. In the 6ixty tournament, he was the second-highest run-scorer with 137 runs from 5 innings, striking at 192 with 15 sixes.

In the CPL so far, Russell hasn’t been at his best with the bat - 37 runs in 5 innings and 4 wickets with the ball. However, this is a small sample size, especially shocking to drop a player of Russell’s skills and experience. 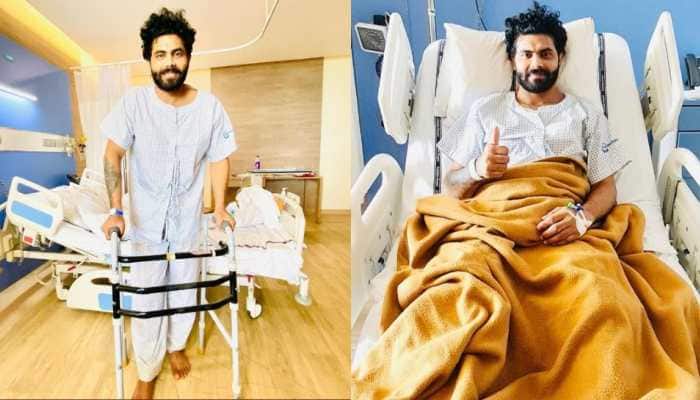 Senior India all-rounder Ravindra Jadeja will miss the T20 World Cup 2022 owing to a knee injury. The left-hander has undergone a right knee surgery earlier this month, after his Asia Cup campaign was cut short due to the ‘freak’ injury he sustained while doing a ski-board adventure activity - he slipped and twisted his knee badly, which led to surgery!

Jadeja is a crucial member of India’s eleven, who adds a great balance to the side, and his absence as the left-handed batting all-rounder has put the think-tank to brainstorm regarding India’s combination moving forward.

Shoaib Malik had made a surprise entry in Pakistan’s T20 World Cup squad last year; in the tournament then, he scored 100 runs in 4 innings at a strike rate of 181, but was dropped last year to include youngsters.

And with Pakistan’s middle-order struggling in the Asia Cup this year, it felt that 40-year-old Malik may again be recalled. However, that didn’t happen.

Malik, who has played in 6 T20 World Cups, won’t be seen in this year’s edition.